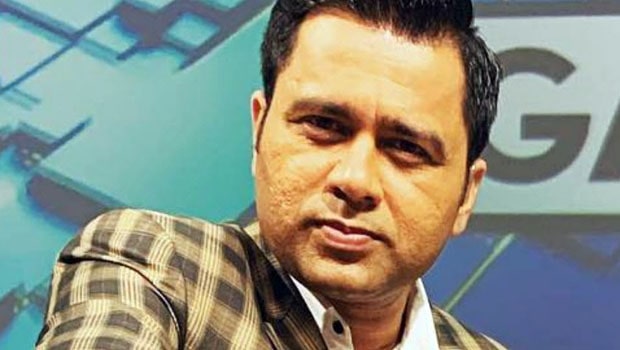 Former Indian opener Aakash Chopra has picked his ideal playing XI for Kolkata Knight Riders for the upcoming season of IPL. Chopra wants Rahul Tripathi to open the innings with Shubman Gill. Tripathi had scored 230 runs in 11 matches in the previous season whereas Gill had scored 440 runs in 14 IPL matches.

Chopra wants Nitish Rana to bat at one down in the batting order. Rana was recently tested positive for Covid-19 however he has been tested as negative a couple of days ago. The renowned commentator wants KKR skipper Eoin Morgan to bat at number four whereas he backed Dinesh Karthik to bat at number five.

Morgan had scored 418 runs in 14 matches at an average of 41.8 and a strike rate of 138.41 in the previous season whereas Karthik couldn’t get going.

“I will have Tripathi as an opener with Gill. I will keep Nitish Rana at No.3, Morgan at No.4, and Dinesh Karthik at No.5. This is your top five,” said Chopra while talking on his YouTube

Chopra feels Andre Russell should bat at number six. Russell didn’t have a great previous season in the IPL and he will aim to turn the tables. The former KKR player wants gun fast bowler Pat Cummins to take seventh place in the batting order.

“Now you keep Andre Russell at No.6. If you keep him at No.6, the slight question will be whom will you bat at No.7. I would say try with Pat Cummins,” added Chopra.

Chopra wants KKR to pick Prasidh Krishna and Varun Chakravarthy, who had scalped 17 wickets in 13 IPL matches in the previous season. The commentator added that the team can pick between Lockie Ferguson and play either Shakib Al Hasan or Sunil Narine. Chopra feels KKR can also play Kuldeep Yadav, who is currently out of form.

“If you keep Pat Cummins at No.7, you will have four proper bowlers after that. Varun Chakravarthy and Prasidh Krishna can be there in that. That makes it two,” said Chopra.

“You have picked only three overseas. So, depending on the pitch you can pick an overseas fast bowler like Lockie Ferguson. You can also pick Sunil Narine or Shakib Al Hasan. You can also play Kuldeep Yadav,” added Chopra.

Chopra feels KKR must consider leaving Sunil Narine out of the final XI if he isn’t playing well. KKR will begin their IPL 2021 campaign against Sunrisers Hyderabad at the MA Chidambaram Stadium, Chennai on 11th April.