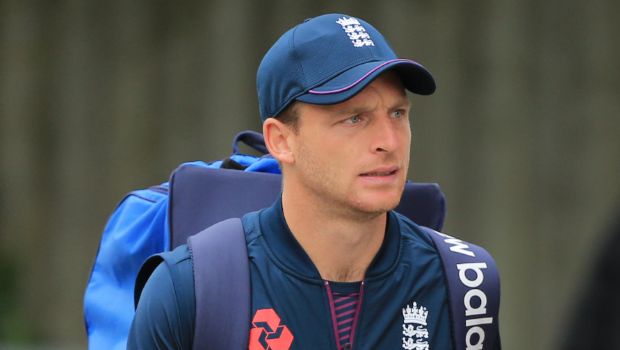 Former Indian opener Aakash Chopra has picked the ideal playing XI for Rajasthan Royals ahead of the 14th edition of the Indian Premier League. RR has confirmed that Jos Buttler and Ben Stokes will open the innings for them.

Buttler has been one of the consistent players for Rajasthan Royals as he has scored 1714 runs in 58 IPL matches at an average of just under 35. The right-hander had scored 328 runs in 13 matches he played in the previous season. Stokes, on the other hand, is yet to lit the IPL stage on fire but he is going to hold the key for RR.

Chopra wants newly appointed captain Sanju Samson to bat at one down. Samson was the leading run-getter for the franchise in the previous season as he had amassed 375 runs in 14 matches.

“They have said they will open with Buttler and Stokes. So what can we do? Sanju Samson at three, Riyan Parag at four, Tewatia at five, Dube at six,” said Chopra while speaking on his YouTube channel.

Chopra feels it’s not the best top-six of the tournament but RR doesn’t have many options up their sleeve. The former KKR player wants to play Chris Morris, who became the highest-priced player in IPL auction history for INR 16.25 crores, to bat at number seven.

“You might feel it’s not the best four, five, and six, I also feel the same. At No.7 you keep Chris Morris,” added Chopra.

Chopra picked Shreyas Gopal as the solitary spinner of the team. The commentator selected Jaydev Unadkat, Kartik Tyagi, and Mustafizur Rahman as the three fast bowlers. Chopra added that the Sanju Samson-led can play Jofra Archer when he recuperates from injury.

“Then you can play four bowlers in which you will have Shreyas Gopal, Jaydev Unadkat, Kartik Tyagi and with Jofra not being there, you can play Mustafizur and Jofra when he comes back,” said Chopra.

Chopra feels RR should play at least two overseas fast bowlers if they want to go ahead in the season. RR had finished the previous season as the wooden-spooners and they will aim to turn the tables in the upcoming season.