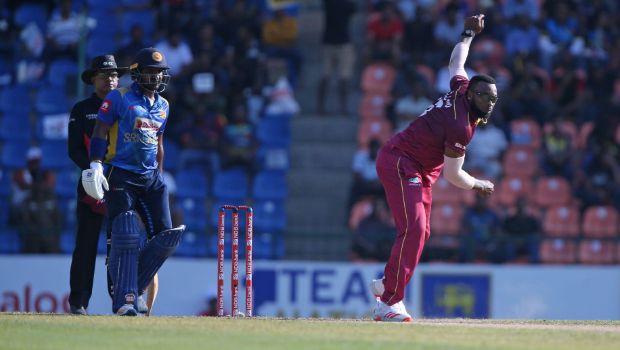 Former Indian opener Aakash Chopra has picked the top six knocks of the tournament. Chopra selected Kieron Pollard’s knock of 87 runs off just 34 balls against Chennai Super Kings as the best knock of the first phase of IPL 2021.

MI were struggling at 81-3 after 10 overs while chasing a huge target of 219 runs but Pollard took his team home by four wickets.

Pollard took the CSK bowlers to the cleaners as he batted at the top of his game. In fact, all hope seemed lost for MI but Pollard was able to take his team over the line single handedly.

“My innings of the tournament is Kieron Pollard’s knock against CSK in Delhi. I agree the ground is small, he has a thick bat and powerful forearms but it is not easy to chase. When you are chasing 15 runs per over, you have no option but to hit but while hitting your heart is beating that there is no scope of a mistake,” said Chopra on his YouTube Channel.

Chopra picked AB de Villiers knock of 76 runs off just 34 balls against KKR as his second best knock of the tournament. It was a slow wicket in Chennai but AB showed his class to play a blistering knock.

“At No.2, I have kept AB de Villiers vs KKR at Chennai. Batting was tough in Chennai as teams were winning after scoring 130-odd runs. The batting was very difficult in the death overs there and in such a case AB de Villiers’s knock was an amazing one. He took the team beyond 200 and showed that he is from a different planet,” observed Chopra.

The former KKR player selected Devdutt Padikkal hundred as his third best knock. Padikkal scored 101 runs off just 52 balls and also brought his hundred in 51 balls to score the fastest century by an uncapped Indian batsman in the IPL.

“Devdutt Padikkal had Covid earlier and missed the first match because of that. After that, he didn’t score runs in the matches in Chennai. There was pressure developing on him and he scored a century against Rajasthan Royals. It was his first century and could be the turning point of his career,” stated Chopra.

Chopra picked Sanju Samson’s piece de resistance knock of 119 runs off just 63 balls against PBKS at the fourth place. Samson almost took his team to victory but they fell short by four runs.

“At No.4, I have kept Sanju Samson’s century. When someone scores a century in the second innings, that’s incredible, especially when it comes in a 220-run chase. The bowling was not ordinary as there was Shami, Jhye Richardson, Riley Meredith, Arshdeep and Murugan Ashwin,” said Chopra.

The former Indian opening batsman picked Jos Buttler’s knock of 124 runs against SRH in the fifth place. This was the maiden T20 hundred for Buttler as he batted at his best.

“At No.5, I have kept Buttler’s century. 124 runs in a 20-over game is huge. There was Rashid Khan in the opposition team and his bat was not striking the ball till the 11th over. He demolished the opposition after his first 30-odd deliveries, Jos played as a boss,” added Chopra.

At number six, Chopra selected Mayank Agarwal’s unbeaten knock of 99 runs against Delhi Capitals. Agarwal was leading in the absence of KL Rahul and he was able to finish on a high in fag end of the innings.

“Last but not the least, the last innings is Mayank Agarwal’s unbeaten 99. KL Rahul was not there and he was playing his first match as captain, Gayle and the rest of the batsmen had fallen at the other end. He was facing the good bowling attack of Delhi but some of his shots were delicious and sumptuous,” concluded Chopra.