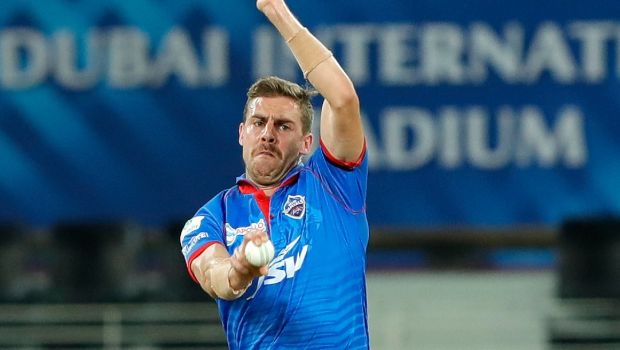 The Proteas fast bowler came to India with a negative report but has tested positive for Covid-19 during his quarantine. This is a big blow for the Delhi Capitals as Nortje is one of the key players for the franchise.

Nortje is the fourth player in the IPL to have tested positive after his teammate Axar Patel, RCB’s Devdutt Padikkal, and KKR’s Nitish Rana. Padikkal and Rana have joined their teams after being tested negative for the virus.

The source was quoted as telling by ANI news agency: “He came in with a negative report, but has unfortunately tested positive now while undergoing quarantine.”

As per BCCI’s Standard Operating Procedures, any player who contracts the virus will need to isolate himself for a period of 10 days before he returns a negative test.

Meanwhile, Anrich Nortje was at his best in the previous season of the league. The South African fast bowler had scalped 22 wickets in 16 matches for Delhi Capitals at an average of 23.27.

Thus, he had played an instrumental role in taking DC to the final of the tournament alongside his Proteas teammate, Kagiso Rabada, who had bagged the Purple cap after taking 30 wickets in 17 matches.

Nortje had also impressed with his raw pace as he recorded the fastest ball (156.22 km/h) in the IPL history. Ergo, he had breathed down the neck of the opposition batsmen with his extra pace. The right-arm fast bowler had bowled accurately at the fag end of the innings.

DC will hope that Nortje soon returns a negative test so that he can join his teammates. Meanwhile, DC got off to a winning start as they defeated Chennai Super Kings convincingly by seven wickets. DC will play their next match against Rajasthan Royals at Wankhede Stadium, Mumbai on 15th April.