IPL 2021 Auction: Chris Morris becomes the most expensive buy in the IPL history at INR 16.25 crores 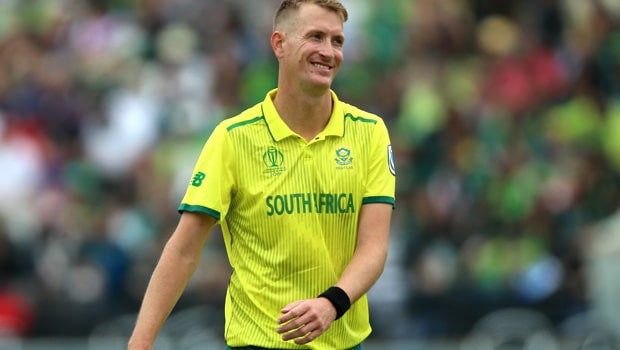 Rajasthan Royals broke the bank to rope in the services of South Africa’s all-rounder Chris Morris, for a hefty amount of INR 16.25 crores, which makes him the most expensive buy in the IPL auction history. Morris broke the previous record of Yuvraj Singh, who was brought by Delhi Daredevils (now Delhi Capitals) for INR 16 crores before the 2015 season.

Pat Cummins was brought for a whopping amount of INR 15.50 by Kolkata Knight Riders in the previous auction of the IPL. Earlier, Rajasthan Royals had grabbed England all-rounder for INR 14.5 crores whereas Glenn Maxwell is sold for INR 14.25 crores to Royal Challengers Bangalore.

Meanwhile, Chris Morris was roped in by Royal Challengers Bangalore for INR 10 crores in the previous auction of IPL 2020. Morris had done a decent job for RCB in the previous season of the tournament as he had scalped 11 wickets in nine matches at an average of 19.09 and a fine economy rate of 6.63.

However, RCB surprisingly decided to release him before the auctions. Morris has the skills to hit the ground running with the bat and he can provide some quick runs while batting in the lower for Rajasthan Royals.

Furthermore, Morris has the pace under his belt and he can breathe down the neck of the opposition batsmen. The all-rounder can get the ball to reverse swing and he can also hit the blockhole consistently in the death overs. Morris has scored 551 runs in 70 IPL matches whereas he has scalped 80 wickets in the tourney.

Apart from Chris Morris, the Rajasthan Royals have signed the services of all-rounder Shivam Dube, who was also released by RCB. Dube has been roped in for INR 4.40 crores whereas RR has also bagged the services of Bangladesh fast bowler Mustafizur Rahman for INR 1 crore.

Rajasthan Royals will be lead by a young captain in Sanju Samson in IPL 2021.