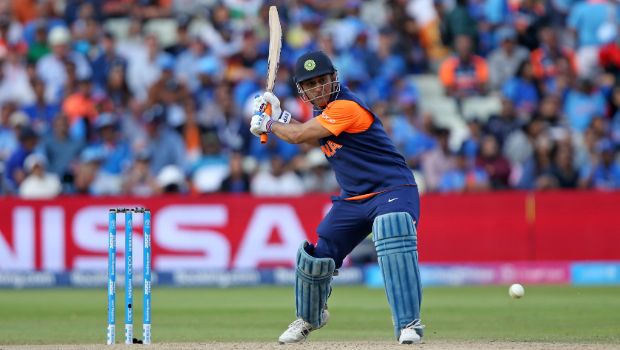 Delhi Capitals fast bowler Avesh Khan made a fine start to his IPL 2021 campaign as he scalped two wickets and conceded only 23 runs in his four overs quota in the team’s opening match against Chennai Super Kings.

Khan provided a perfect start to his team as he plumbed Faf du Plessis in front of the wickets in his first over.

Subsequently, the lanky fast bowler got the big wicket of CSK captain, MS Dhoni, who chopped the ball back onto his stumps. Thus, the fast bowler from Indore became the first Indian pacer to dismiss Dhoni for a duck in the IPL.

Avesh revealed Delhi Capitals’ plan was to create pressure on MS Dhoni, as the veteran wicket-keeper batsman hasn’t played any competitive cricket since the completion of the last IPL. The stratagem worked wonders as Dhoni was dismissed on the second ball without troubling the scorers.

“Since he (MS Dhoni) has not played competitive matches for some time, we had planned to put pressure on him and because of that pressure I could take his wicket,” Avesh Khan said.

Avesh revealed that it was a dream come true for him to dismiss MS Dhoni. The fast bowler recalled that three years ago, one of the fielders had fluffed Dhoni’s catch of his bowling.

Avesh Khan played an instrumental role in restricting CSK to 188 runs and he was able to deliver the goods in the absence of the team’s main bowlers like Kagiso Rabada and Anrich Nortje. DC was able to chase down the target with relative ease as they won by seven wickets.

Meanwhile, earlier Shane Watson, Dirk Nannes, and Harbhajan Singh were the only bowlers who had dismissed MS Dhoni for a blob.

DC will play their next match against Rajasthan Royals at Wankhede Stadium, Mumbai on 15th April.