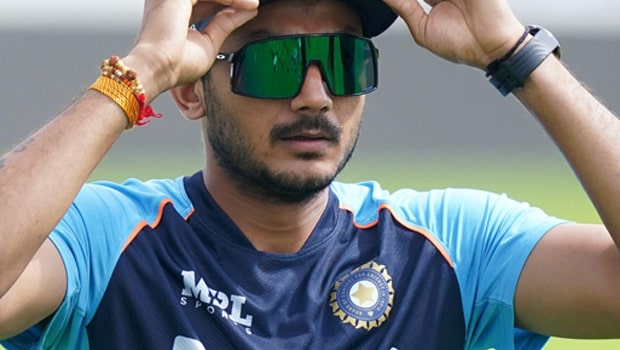 Axar Patel enjoyed yet another successful night with the ball in the IPL 2021 fixture against Chennai Super Kings. Despite a solid half-century from Ambati Rayudu, CSK were restricted to a score of just 136 runs. Axar dismissed dangerous opener Faf du Plessis to begin proceedings for his side. He then got rid of star all-rounder Moeen Ali and finished with figures of 2/18 in his four overs.

In the post-match interview, Axar Patel, who was adjudged to be the Player of the Match, spoke about the importance of assessing the line and length on the track. “It is difficult, but important to assess the lines and the speeds at which we needed to be bowling on this pitch. I thought they were five or ten runs short in the powerplay.” The two wickets against Chennai Super Kings takes his season’s tally to 14 wickets. The man from Gujarat also has a fantastic economy rate of 6.05 in IPL 2021.

The 27-year-old also played a crucial role with the bat during the tense run chase. His seventh wicket partnership with Caribbean batter Shimron Hetmyer proved extremely important. The 36-run stand arrested the fall of wickets and Patel says the plan between the two was to look for quick singles and for Hetmyer to finish the game.

“The discussion with Hetmyer was about the lines they’d bowl. He told me that they would bowl wide and he asked me to play straight and look for singles. Such matches give you a lot of confidence in the knockouts,” Axar Patel concluded.

Shimron Hetmyer, meanwhile, was quite ecstatic after the finishing the game off in style. He scored an 18-ball 28 and stuck till the end to see the winning runs being hit. Hetmyer also plundered 12 runs off Dwayne Bravo’s over at the death and stressed that practice in the Caribbean Premier League against Bravo’s death-bowling helped him plan his moves.

“The discussion with Hetmyer was about the lines they’d bowl. He told me that they would bowl wide and he asked me to play straight and look for singles. Such matches give you a lot of confidence in the knockouts,” Axar Patel concluded.

The 24-year-old also talked about his role in the Delhi Capitals setup. His job is to provide the boost at the backend of an innings and to finish the game in the smoothest way possible.

“It’s very important for me to finish games. I tell the guys that is what I am paid for, and I try to finish as many games as possible,” added Shimron Hetmyer.