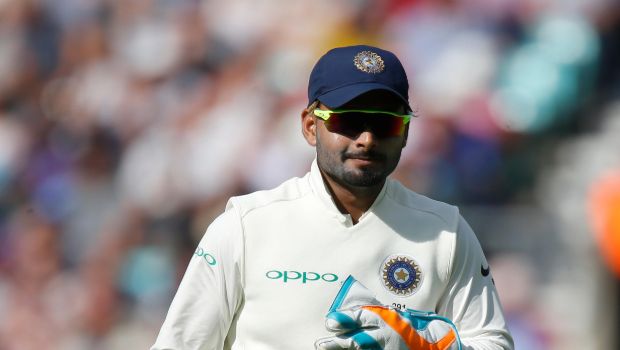 Pant stated his bowlers did a great job in restricting Mumbai Indians to a below-par score of 137 after Rohit Sharma won the toss and decided to bat first.

In fact, MI got off to a great start as they added 55-1 in the powerplay overs and Rohit Sharma was looking all set to take the game away from the opposition. However, Amit Mishra, who was playing his first match of the season, bowled a fine spell. The leg-spinner from Haryana, scalped 4-24 in his allotted four overs.

Mishra took the big wickets of Rohit Sharma, Hardik Pandya, Ishan Kishan, and Kieron Pollard to push the opposition on the backfoot. Furthermore, Avesh Khan bagged a brace whereas Kagiso Rabada, Lalit Yadav, and Marcus Stoinis took a wicket each.

MI had got off to a good start but they veered off the track in the middle overs as they kept losing wickets at regular intervals. DC bowlers were able to keep the pressure on the opposition and a lot of credit goes to Amit Mishra, who bowled a fine spell and made great use of his experience as well as the favourable conditions.

Rishabh Pant said in the post-match presentation, “When we started we were little under pressure. Mishy bhai got us into the game. Bowlers did a great job to restrict them to 137. We like to take it into the ground, take one match at a time. He’s a great Indian player we’re trying to groom (Lalit Yadav). Can do wonders on pitches like these. What we’ve learned is if you keep wickets in hand you can chase any target”.

Meanwhile, Shikhar Dhawan and Steve Smith scored 45 and 33 runs respectively to get DC close to the target. The finish got tight as MI bowlers were able to keep the pressure but Shimron Hetmyer and Lalit Yadav made sure that there was no upset.

DC will play their next match against Sunrisers Hyderabad at the MA Chidambaram Stadium, Chennai on 25th April.