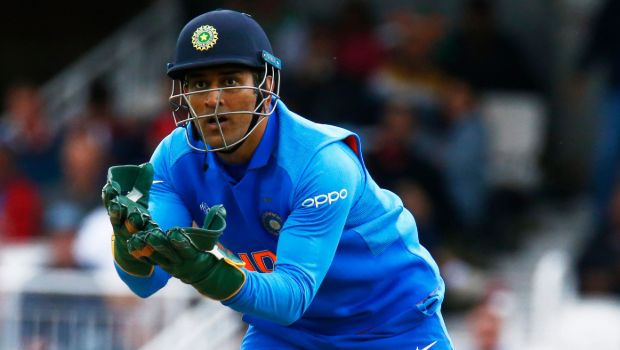 Krishnappa Gowtham had struck gold as he was roped in for a whopping amount of INR 9.25 crores by Chennai Super Kings in IPL auction 2021.

Gowtham feels he won’t feel the pressure of the huge price tag however it will be a pleasure for him to play under the tutelage of legendary MS Dhoni.

The off-spinner from Karnataka, believes the bowlers love playing under MS Dhoni because he understands their strengths. Dhoni is known to get the best out of the players and his game sense separates him from the rest.

The wicket-keeper batsman is always two overs ahead of the opposition and knows what the batsmen are trying to do. Dhoni is guile in his field placement and his message to his bowlers is always clear.

“I don’t feel any pressure of expectations playing for a champion side like CSK. In fact, it’s a dream come true for me to be playing under Mahi bhai (MS Dhoni),” Gowtham told CSK’s official website.

“Bowlers love playing under Mahi bhai because he understands a bowler’s strengths and knows how to get the best out of him,” he added.

On the other hand, Gowtham heaped praise on the team management of CSK and stated that the franchise understands the game and gives confidence to their players.

“The CSK management understands cricket owing to its long association with the game which again reflects in its approach to players the comforting words and confidence given when things aren’t going right,” he added.

Meanwhile, Gowtham could only play two matches for Punjab Kings in the previous season and he will aim to come up with a good performance for the MS Dhoni-led team. The all-rounder has played 24 IPL matches in which he has scored 186 runs at a staggering strike rate of 169.09. Furthermore, he has scalped 13 wickets in his IPL career.

Chennai Super Kings had finished the previous season at the seventh position in the points table and the three-time champions will aim to turn the tables. CSK will begin their IPL campaign against previous season runners-up Delhi Capitals at the Wankhede Stadium, Mumbai on 10th April.