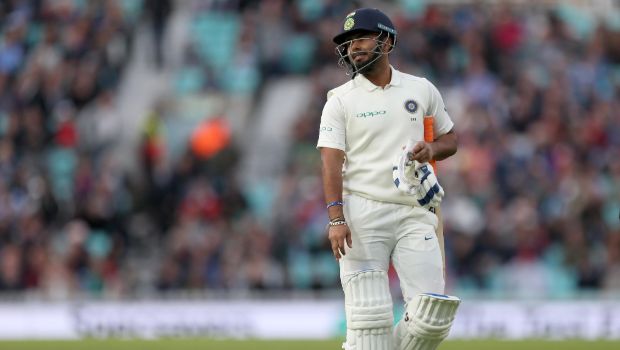 Pant has been handed over the captaincy baton by Delhi Capitals’ management after Shreyas Iyer has been ruled out of the season due to a shoulder injury. Iyer subluxated his left shoulder while putting in a dive to stop a boundary in the first ODI against England and he will undergo surgery.

Meanwhile, Rishabh Pant has been in sublime form in the last six months and he will aim to deliver the goods for the Capitals. Pant has the experience of leading Delhi in the domestic circuit and he will look to make the most of it.

Pant had had a dream run in the recent past as he had finished as India’s highest run-getter in the four-match Test series against Australia. The left-hander scored 274 runs in the three matches he played, which included two high-class knocks of 97 and 89 at Sydney and Brisbane respectively.

The southpaw continued his form against England, scoring 270 runs in the four-match Test series. The attacking batsman scored a counter-attacking knock of 101 runs in the fourth match. Pant scored 102 runs in four T20I innings and then scored 155 runs in two ODIs.

Thus, Pant is high on confidence and he will aim to continue the good show while leading Delhi Capitals.

The former Australian skipper Ricky Ponting took to his Twitter account and wrote, “Unfortunate that Shreyas will miss the tournament, but looking forward to seeing @RishabhPant17 grab his opportunity. It’s well deserved for his recent performances and he’s coming in with a lot of confidence. I’m convinced captaincy will make him an even better player.”

On the other hand, Pant added that it’s a dream come true for him as he will lead Delhi Capitals in IPL 2021.

“Delhi is where I grew up, and where my IPL journey began six years ago. To lead this team one day is a dream I’ve always harboured,” Pant said. “And today, as that dream comes true, I feel humbled. I am truly grateful, especially to our team owners, who considered me capable enough for this role. With an amazing coaching staff, and a plethora of accomplished seniors around me, I can’t wait to give my absolute best for Delhi Capitals.”

Pant was roped in by Delhi for INR 1.9 crores in IPL 2016 auction and since then the left-hander has been a consistent performer in the tournament. The southpaw has amassed 2079 runs in 68 IPL matches at an average of 35.24 and a blistering strike rate of 151.97.

Delhi will kickstart their IPL 2021 campaign against Chennai Super Kings at the Wankhede Stadium, Mumbai on 10th April.