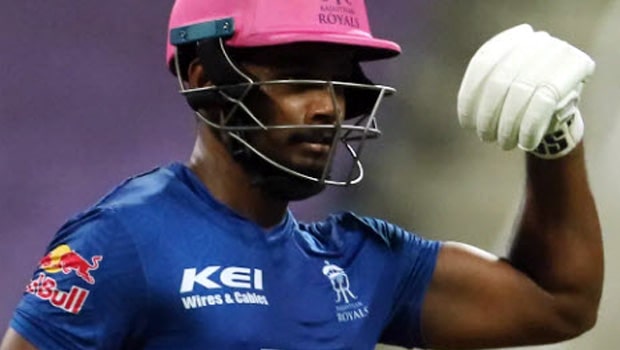 Rajasthan Royals’ newly appointed captain Sanju Samson has admitted that he couldn’t have done anything more as he played a magnum opus knock of 119 runs off just 63 to take his team close to the mammoth target of 221 runs against Punjab Kings at the Wankhede Stadium on Monday.

Samson’s heroics went in vain as Punjab Kings clinched the thriller by four runs. The right-hander from Kerala played mouth-watering shots during his superb knock as he batted at the top of his game. The flamboyant batsman scored a dozen fours and seven sixes in his unbelievable knock.

Rajasthan Royals had got themselves into a knot after they lost Ben Stokes and Jos Buttler for paltry scores. However, Samson was able to keep his team in the hunt with his blistering hitting.

Samson stated that he doesn’t have any words to explain the knock. In fact, the right-hander had also refused a single on the penultimate ball of the run-chase but couldn’t clear the boundary on the final ball when five runs were required for the emphatic win.

Samson said at the post-match presentation, “I don’t have words to tell, very close game, came close but unfortunately.. I don’t think I could have done anything more, timed it well, but unfortunately couldn’t clear the man in the deep. It’s all part of the game (when asked about the bowlers going for plenty from both sides), we thought the wicket was getting better and we could chase the target down. Despite the loss, I think the team played really well”.

Samson was also awarded the Player of the Match for his whirlwind knock. The 26-year old played one of the finest knocks in the IPL history as he almost took his team to victory.

Samson will aim to continue the good show and it was a great positive for Rajasthan Royals despite the loss in their opening game. RR will want more from their English batsmen – Ben Stokes and Jos Buttler.

Samson also added he was at his best in the second half of his knock whereas he struggled to time the ball in the initial phase.

On the other hand, Arshdeep Singh was able to hold his nerve in the final over as he defended 13 runs.

RR will next face Delhi Capitals at the same venue of Wankhede Stadium on 15th April.