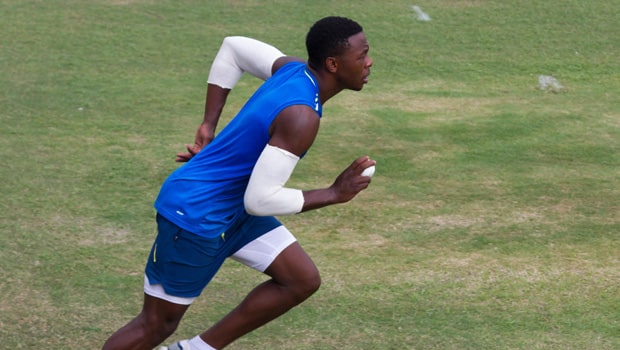 Delhi Capitals gun fast bowlers Kagiso Rabada and Anrich Nortje have arrived in Mumbai on Tuesday ahead of the 14th edition of the Indian Premier League. Both the fast bowlers will now undergo a one-week quarantine period and thus they will miss the opening match against Chennai Super Kings.

Both Rabada and Nortje played the first two ODIs in the ongoing three-match series against Pakistan. Nortje is in sublime form as he scalped seven wickets in the two matches he played whereas Rabada took two wickets in as many games.

Kagiso Rabada and Anrich Nortje had scalped 30 and 22 wickets respectively in the previous season and they are once again going to hold the key for the franchise.

Thus, Rabada had bagged the Purple cap in the last edition whereas Nortje had given great support to his teammate. Both of these pacers had bowled accurately in the powerplay as well as the death overs.

“Delhi Capitals’ fast bowlers Kagiso Rabada and Anrich Nortje arrived at the team hotel in Mumbai on Tuesday. Rabada and Nortje will be in quarantine for one week,” DC said in a media release.

Meanwhile, Delhi Capitals will be lead by a young Rishabh Pant in the absence of full-time skipper Shreyas Iyer. Pant has been in sublime form in the last six months and he will aim to continue the good show.

On the other hand, Delhi Capitals had qualified for the finals in the previous season and they will aim to go one step further in the upcoming season. The Capitals had come up with a collective effort in the last season and they will aim to come up with another good performance. Delhi has the balanced squad to go all the way in the upcoming season.