Home » Cricket » IPL 2021: Delhi Capitals are a team to beat, they are stronger with Iyer, Ashwin back – Brad Hogg

IPL 2021: Delhi Capitals are a team to beat, they are stronger with Iyer, Ashwin back – Brad Hogg 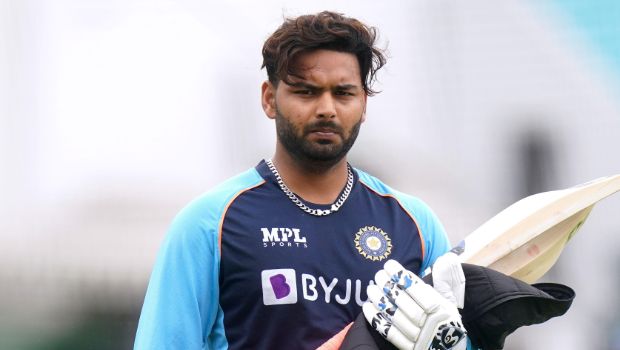 Former Australian spinner Brad Hogg believes Delhi Capitals will be the team to beat in the upcoming second leg of the Indian Premier League.

The Rishabh Pant-led team is at the numero uno position in the points table with six wins from eight matches and looks all set to qualify for the playoff stages.

Meanwhile, Shreyas Iyer was ruled out of the first phase of the IPL as he suffered a shoulder injury during the limited-overs series against England. Iyer has now fully recovered after undergoing surgery and will make his comeback to professional cricket.

Furthermore, Ravichandran Ashwin will also return to the DC squad for the second phase. Ashwin had decided to pull out of the first phase of the IPL during the second wave of Covid-19 as a lot of his relatives were impacted by the virus.

Thus, DC will be back to its full strength and they will aim to go all the way one step further than the previous season.

Hogg said while talking on his YouTube Channel, “DC for me are the team to beat. Having this break, they have got (Shreyas) Iyer coming back into the line-up, which allows them to have a little bit of a variety with their overseas players. They don’t have to rely on Steve Smith now. It will give them better balance. They have got (Ravichandran) Ashwin coming back as well. They are stronger with both Iyer and Ashwin back.”

Hogg heaped praise on DC fast bowler Avesh Khan, who scalped 14 wickets in eight matches and impressed with his skills.

“In the bowling, Avesh Khan in the first phase was sensational. DC do not have enough depth among Indian quicks but Avesh lifted them in the first half. So Ricky Ponting (coach) will be a little comfortable with him in the line-up knowing that he is a little big more confident now.”

The former chinaman spinner feels Delhi Capitals are the only team that can stop Mumbai Indians from winning their sixth title. Mumbai has been consistent whereas Delhi has looked a solitary team in the last two years which can challenge the Rohit Sharma-led team.

“DC is the only team that can knock MI off and stop them from winning a sixth IPL title. DC are the best team that I have seen on paper. With their balance, they can take on the might of MI and CSK.”