IPL 2021: Dinesh Karthik offers a lot of support to me – Eoin Morgan 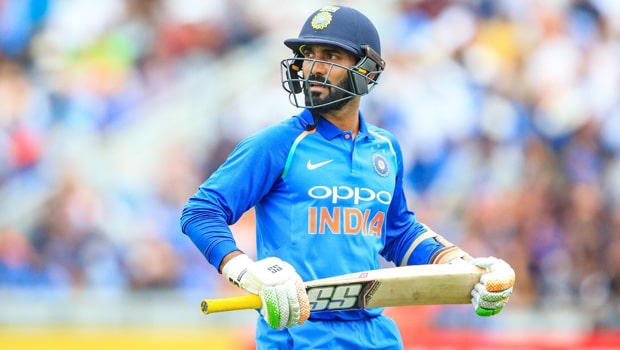 Kolkata Knight Riders skipper Eoin Morgan has heaped praise on his deputy Dinesh Karthik. Morgan, who is known for his astute leadership, stated that Karthik offers a lot of support to him on and off the field. Karthik had handed over the captaincy baton to Morgan in the previous season after he wasn’t able to deliver the goods with the bat.

However, Karthik has been in sublime form while leading into the IPL. The flamboyant batsman had recently led his state Tamil Nadu to glory in the Syed Mushtaq Ali Trophy.

Karthik also scored 183 runs in six innings at an average of 61 and a strike rate of 157.75 in the domestic T20 tournament. Thus, these are positive signs for KKR as Karthik can solidify the middle-order and he can also add the finishing touches while batting in the lower order.

Meanwhile, Karthik has all the experience under his belt and he can help Morgan in taking the right decisions for the team.

Eoin Morgan said in the pre-match press conference, “DK offers a lot with the bat and behind the stumps. He has been in fine form.. he is always one of those players who if you watch him train and particularly bat, he times the ball beautifully and hits the ball further than most of the guys.”

“He offers a huge amount of support to me on the pitch and off the field as well. Very grateful that he is in good form and in our team,” he said

On the other hand, Morgan also shed light on Sunil Narine and Shakib Al Hasan’s role in the team. Narine had a subdued previous IPL season for KKR but Morgan expects the West Indies all-rounder to turn the tables. Shakib Al Hasan was brought for INR 3.2 crores in the IPL auction and Morgan feels the all-rounder from Bangladesh will add a different dynamic to the team.

“Shakib and Sunil Narine are no different. In big moments of the game, particularly last year, you would throw Sunil the ball, or you would get him in with the bat because he has been in that situation over and over again. He believes in himself and in the team to go and get through and win that situation,” said the KKR skipper.

KKR could not qualify for the playoff stages in the previous season and they will aim to go all the way in the upcoming season. Kolkata Knight Riders will begin their IPL 2021 campaign against Sunrisers Hyderabad at MA Chidambaram Stadium, Chennai on 11th April.