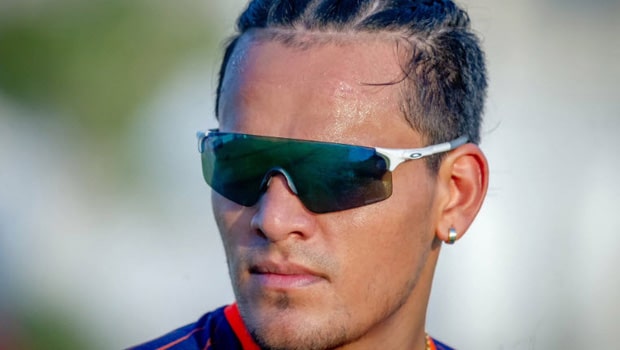 Rahul Chahar has been extremely decisive over the last couple of matches for defending champions Mumbai Indians. He has kept his spells nice and tight and has taken wickets at crucial junctures which has allowed his side to come back into games during the run-chases of KKR and SRH.

Head coach Mahela Jayawardene has been ecstatic about the way Chahar has developed and heaped plenty of praise on the young spinner.

“When we started playing him (Chahar), I believe it was the 2019 season, and he had a breakthrough season. Even in the UAE, he bowled well; he had his ups and downs, he was consistent in his execution, but every year we see improvement in Rahul Chahar.

Mind you he is still a young player. It feels as though he has been around for a long period, but he is also learning. Very happy the way he has come out, he is one of the leaders in our team, especially in the spin department,” Mahela Jayawardene told the media.

Rahul Chahar had a nightmare start to IPL 2021 and suffered a lot in the season opener against Royal Challengers Bangalore. The likes of AB De Villiers and Glenn Maxwell took him to the cleaners and Chahar conceded 43 runs in his four overs, by far the most expensive among MI bowlers on the night. He also failed to produce a wicket in that match.

However, it did not take him long to bounce back strongly. In the game against Kolkata Knight Riders, picked up a stunning four-wicket-haul after Nitish Rana and Shubman Gill had given them a terrific start during the chase. Chahar dismissed all of the top four batsmen in Rana, Gill, Tripathi, and Morgan and conceded just 27 runs. This allowed the likes of Bumrah and Boult to seal the game towards the back-end of the innings.

Chahar put on a similar show against Sunrisers Hyderabad in the most recent game. After Warner and Bairstow gave them a flying start, Rahul Chahar picked up three wickets for just 19 runs in his four overs, once again helping Mumbai Indians win the match by 13 runs.

“As a coach, as a management team, we are very happy with his progress. And the intelligent part of it, of him learning the game, learning how to go about… he has vastly improved. It is not just his skills. I think the most important thing for a bowler is the thought process in the middle, the game-plan, and executing the game-plan. The game-plan can keep changing based on the opposition batsman, what he is trying to do. Something that he has evolved a lot in the last few years. We are very happy,” Jayawardene lauded Rahul Chahar’s progress.