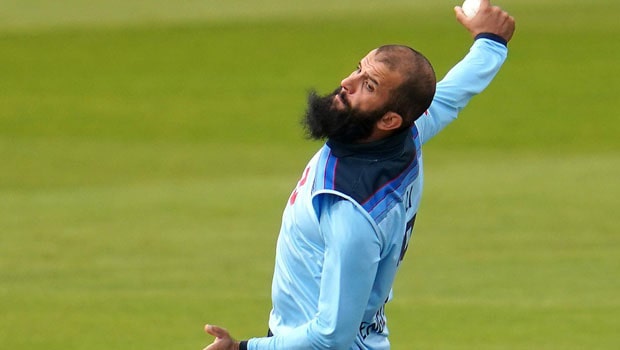 Moeen Ali became the latest sensational recruit in the Chennai Super Kings squad when the franchise bid INR 7 crores for the spin-bowling all-rounder. He was in excellent form during the Test series against India, especially in the Chepauk Test which preceded the IPL auction.

Speaking to the CSK website, Moeen Ali couldn’t contain his excitement on sharing the field with captain MS Dhoni. Ali went on to reveal that he has talked to several players who have played under the Southpaw and all of them are of the same opinion: MS Dhoni helped them improve their game. Moeen Ali said that it’s something he’s looking forward to and that almost every player wishes to play with the former Indian captain.

“I’ve spoken to players who have played under MS and they tell me how he improves their game. I believe a great captain does that,” Ali was quoted saying by the official CSK website. “It’s something on every player’s wish list to play under MS. I think it’s the confidence and the clarity he gives people. It’s exciting,” he stated.

The 33-year-old only recently joined the Chennai Super Kings camp in Mumbai, after England’s tour of India ended in Pune. He’s expected to be an important part of the CSK squad this season, given the amount of money that the franchise has shelled out to secure his services.

Moeen Ali, who had earlier represented Royal Challengers Bangalore in the IPL, is already looking forward to the challenge. He spoke at length about what differentiated Chennai Super Kings from the rest of the teams in his opinion and he wishes to shine in the famed yellow jersey.

“I think what differentiates CSK from other teams is actually how they structure everything… from the squad they have to the way they do things. They look a very calm franchise that doesn’t panic.”

The England all-rounder also highlighted the qualities of Chennai’s leadership group. Former New Zealand coach Stephen Fleming has overseen operations since 2009 and MS Dhoni has led the team since 2008. They’ve done a marvelous job and CSK has dominated the IPL every season except the last one. Moeen believes that the leadership at CSK allows the players to perform without added pressure.

“At CSK I feel the reality is there for us to win the competition. I’m excited about playing with the players we have here. It’s very important to have strong leadership and coaches who stay calm, who take the pressure off the players as much as they can and are consistent. We are very lucky we have that,” Ali concluded.