IPL 2021: Feels good when you beat a team like Mumbai Indians – Shikhar Dhawan 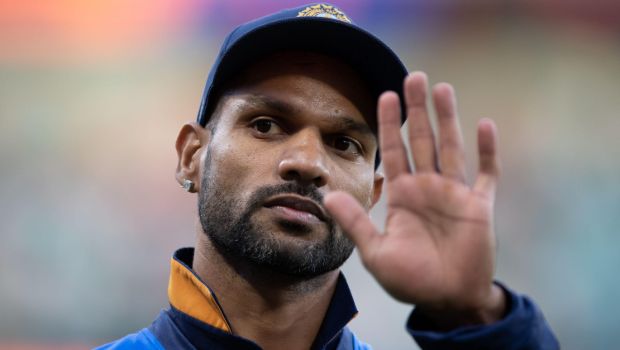 Delhi Capitals opening batsman Shikhar Dhawan has stated it feels good after they defeated a potent team like Mumbai Indians by six wickets at the MA Chidambaram Stadium, Chennai on Tuesday.

Dhawan believes the confidence level of the team will go upwards after this win against the Mumbai Indians juggernauts.

In fact, Delhi had lost all their four matches against Mumbai Indians in the previous season but they were able to get their revenge in the ongoing edition. Delhi restricted MI to an under-par score of 137 runs after Rohit Sharma won the toss and decided to bat first. Amit Mishra was the pick of the bowlers as he scalped 4-24 in his quota of four overs.

Meanwhile, Shikhar Dhawan scored another crucial knock of 45 runs off 42 balls. Dhawan wasn’t able to score at a healthy strike rate as compared to his previous knocks but played a key role in getting his team close to the target. Dhawan added that he was a bit disappointed not to get his team over the line despite getting settled.

Dhawan, who is now the Orange Cap holder after scoring 231 runs in four matches at an average of 57.75, has played a key role in the success of the team in the ongoing season. The southpaw has all the experience under his belt and he has provided solid starts to the team.

Dhawan said in the post-match presentation, “Totally opposite to Wankhede, feeling great to win in Chennai, feels good when you can beat a team like Mumbai Indians, the confidence level will naturally go high. We knew that it would be tough for them when the ball gets wet, the spinners would find it hard, wanted to keep the partnerships going, strung together a good stand with Lalit (Yadav), a bit disappointed at not having finished it off. But glad that we ended up winning the game, the way we played, I think we deserved to win”.

DC will play their next match against Sunrisers Hyderabad at the MA Chidambaram Stadium, Chennai on 25th April.