Home » Cricket » IPL 2021: Gautam Gambhir guided me as a leader and taught me everything – Kuldeep Yadav

IPL 2021: Gautam Gambhir guided me as a leader and taught me everything – Kuldeep Yadav 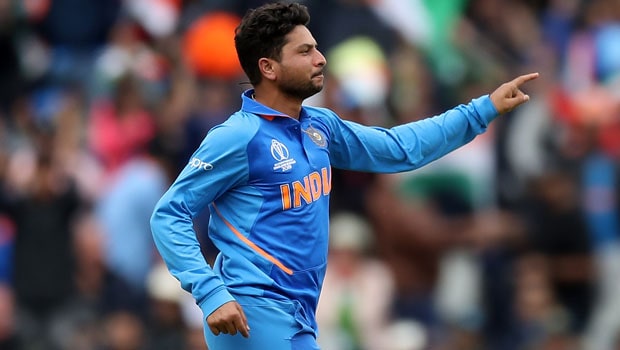 India’s wrist spinner Kuldeep Yadav has given credit to his first IPL captain, Gautam Gambhir when he joined Kolkata Knight Riders back in 2014. Kuldeep was picked by KKR before the IPL 2014 season but didn’t get a game in that season.

The spinner who had just impressed with his skills in the Under-19 World Cup stated that Gambhir guided him as a leader and taught him everything. Yadav had scalped 14 wickets in six matches of the Under-19 2014 World Cup at an average of 16.43.

Gambhir was known to get the best out of the young players and played a key role in taking KKR to two titles. In fact, it was noticed that Gambhir will over-aggressive with his spinners and he will even place silly-point or short-leg if his team was on top.

“I was a senior player during the 2014 U19 World Cup and performances happened exactly according to expectations. From there I was selected for KKR and life changed drastically. I got plenty of time in KKR. There were a lot of senior players, especially Gautam Gambhir,” Kuldeep Yadav said while talking to KKR’s official Facebook page.

Kuldeep added that he keeps giving his gratitude to Gambhir for his useful advice in the initial stage of his career.

“I always keep thanking him. He guided me as a leader and taught me everything. Even before I was about to play in the Champions League, he advised me what to bowl, how to hone my skills and become a confident player,” he further added.

On the other hand, Kuldeep revealed that it was a great learning experience while noticing veteran KKR spinners like Sunil Narine, Shakib Al Hasan, and Piyush Chawla.

“In my first season with KKR, I was a youngster and our team was packed with the likes of Sunil Narine, Piyush Chawla and we had a few more good spinners in our squad,” Kuldeep Yadav noted.

“I always felt that it was a good time for me to learn and get better. I was coming out of my U-19 days. As KKR has always backed youngsters, they took good care of me. So that first season would always be important for me,” he further added.

Meanwhile, Kuldeep Yadav hasn’t had a great time in the last couple of seasons in the IPL. The wrist-spinner has scalped only five wickets in 14 matches in the last two seasons. However, he has been retained by the franchise despite ordinary performances. Thus, the spinner from Uttar Pradesh will look to turn the tables in the upcoming season.