Home » Cricket » IPL 2021: Glenn Maxwell fits into what we require in the middle-order – Mike Hesson

IPL 2021: Glenn Maxwell fits into what we require in the middle-order – Mike Hesson 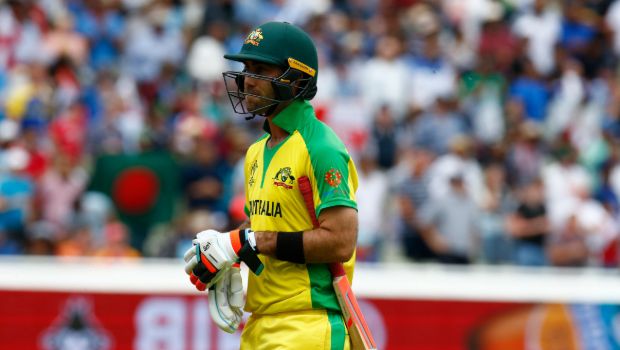 The franchise has relied heavily on the shoulders of Virat Kohli and AB de Villiers in the past. Devdutt Padikkal scored 473 runs in his debut season whereas the talisman AB de Villiers amassed 466 and Virat Kohli gathered 454 runs in IPL 2020. However, apart from them, not many in the middle order were able to get going in the last edition.

RCB went big for Australian all-rounder Glenn Maxwell as they roped him for a whopping amount of INR 14.25 crores in the IPL 2021 auction. Maxwell didn’t have a great previous season but he brings an X-factor as he has the skills to turn the match on its head in a matter of deliveries.

“Glenn Maxwell is a fantastic player, and he fits into what we require in the middle order,” said Mike Hesson, RCB’s Director of Cricket. “We want some X-factor players, that high-impact player we’ve talked about. We’ve just found, through the middle overs as an area [to work on], so to have another player of that quality just adds to the likes of AB de Villiers and a two-pronged attack through the middle overs and the back end. We know on his day, he can turn a game on its head.”

In fact, Maxwell was supposed to play the same role for Kings XI Punjab (now Punjab Kings) in the previous season but he could only accumulate 108 runs. Maxwell averred later that he was not given a specific role by the franchise as compared to Australia, where he has a strike rate of 158.92, including three centuries.

Hesson added that they will aim to make the most of Maxwell’s skills and will try to fit him into his best-suited role.

“We need to use him in a space where we can maximize his skills and we’ve certainly spent some time looking at how we can do that,” Hesson said. “[We’re] really looking forward to working with him and preparing over the next few days to be really clear around his role. He is about to spend a few days amongst his peers, the people he’s going to be batting with, and get to understand that role implicitly. Really important we do that. Also from a bowling point of view, we know he adds some good skills in that area. Amazing fielder, also adds some leadership in terms of how he goes about things, highly experienced, so we can’t wait to have him onboard.”

On the other hand, RCB had also roped in Kyle Jamieson for a hefty amount of INR 15 crores and Hesson believes the all-rounder will add value to the team. RCB will play the season opener against MI at the Chepauk Stadium, Chennai on 9th April.