Home » Cricket » IPL 2021: Great to have Bhuvneshwar Kumar back in the team – David Warner 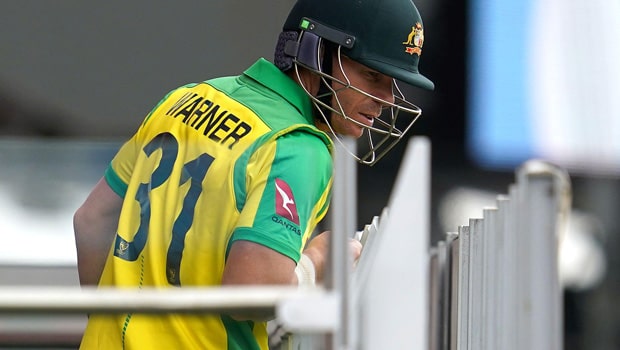 Sunrisers Hyderabad skipper David Warner has stated that it is great to have Bhuvneshwar Kumar back on the team. Bhuvneshwar made a roaring comeback to the International format for the national team in the recently concluded limited-overs series against England.

He bowled with an economy rate of 6.39 in the T20I series, which was the best among all the bowlers.

Subsequently, Bhuvi snared six wickets in the ODI series and bowled with an average of 22.50. Moreover, he bowled with an economy rate of 4.66, which was once again the best in the series.

Meanwhile, Bhuvneshwar Kumar has been instrumental in the success of Sunrisers Hyderabad as he has delivered the goods for the franchise. Kumar is equally effective at both ends of the innings as he can get the ball to swing in the powerplay overs and then he can also bowl accurately in the death overs.

Kumar is guile in his bowling approach and he has all the variations under his belt. The swing master is one of the best white-ball bowlers in the world.

“Our team is pretty balanced and there are going to be some selection headaches which is always good,” Warner said on the Twitter handle of SRH.

“It is great that Bhuvi is back. He has had a fantastic series against England. We have a lot of depth in bowling and firepower in batting.”

“We are playing in Chennai in Delhi in our first 8 or 9 games. The wickets there ill be tad slow which will suit our style of play,” said Warner who has come out of mandatory quarantine. He said he did some running inside his hotel room during quarantine to keep himself fit. “They gave me a big enough room and I had a little bit of running inside it.”

Meanwhile, Bhuvneshwar Kumar could only play four matches in the previous season in which he scalped three wickets and was ruled out due to hamstring injury. The fast bowler from Uttar Pradesh is looking forward to having a complete season with the Orange Army.

“It’s good to be out of quarantine. Feels that the last IPL was just a few days back. I am not thinking of any new things but will just focus on the simple things and use my experience and bowl my variations, like that,” he said. “I was not there for almost the whole IPL last year and looking forward to play the whole season this time and hopefully contribute for the team.

SRH will begin its IPL campaign against KKR at the Chepauk Stadium, Chennai on 11th April.