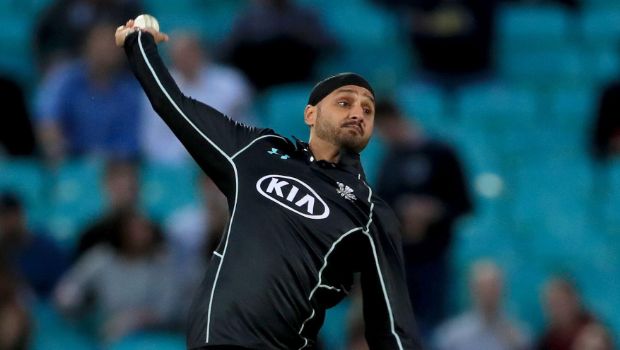 Singh had decided to pull out of the previous season due to personal reasons and he was released by Chennai Super Kings ahead of IPL 2021 auction.

The veteran off-spinner was picked by KKR for his base price of INR 2 crores. Karthik, who had led KKR in the first half of the season, believes Harbhajan is a great addition to the team. The Turbanator has all the experience under his belt and he will aim to be at his best for KKR.

Harbhajan is the fifth-highest wicket-taker in the IPL folklore as he has snared 150 wickets in 160 matches at an average of 26.44 and an economy rate of 7.05.

Dinesh Karthik has revealed that Harbhajan Singh has been hitting the nets before everybody in the team and he is working hard in the practice sessions.

“Picking him I think wasn’t easy, considering that he has been around for so long. But the amount of interest and intensity he has shown in the last one week is just fabulous. He has been coming to practice sessions early, much ahead of all other players! And he has been doing it consistently! I think he is a different man now from whatever little I have seen of him this week,” the official website of KKR quoted Karthik as saying.

“Even in a practice game that starts at 7 PM, he had come at 4 O’clock! He was batting before that, he bowled to Shakib Al Hasan and Eoin Morgan and then did his stretching again before getting into the practice game. He is bowling in the match and also fielding all 20 overs. That’s about as much as you can ask for from a man of his stature! He has achieved everything. Yet to show this kind of interest at this stage of his career speaks volumes of him as a character. I am sure he will do a great job for KKR,” he added.

There is no doubt that Harbhajan will help KKR in strengthening their spin bowling battery and he will help get the best out of spinners like Varun Chakravarthy, Pawan Negi, and Kuldeep Yadav. Yadav has been horribly out of form and he can take a few inputs from an experienced spinner like Harbhajan Singh.