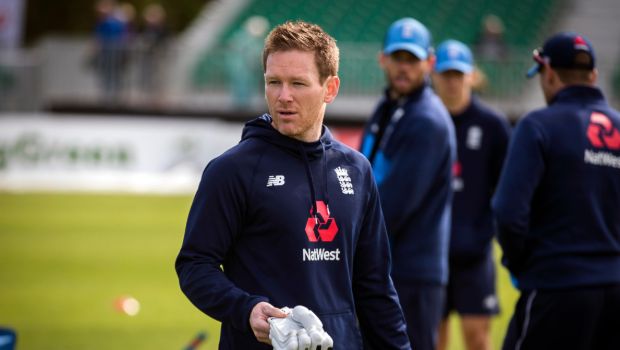 It was a see-saw previous season for Kolkata Knight Riders. The team was not consistent throughout the tourney and kept altering their batting order.

Sunil Narine and Andre Russell couldn’t get going whereas Dinesh Karthik decided to hand over the captaincy baton to Eoin Morgan.

Kuldeep Yadav played five matches and he could only scalp a solitary wicket. However, Varun Chakravarthy was able to step up as he scalped 17 wickets in 13 matches.

The team finished with 14 points but couldn’t qualify for the playoff stages due to the Net Run rate. Thus, they will aim to turn the tables in the upcoming season.

KKR’s captain Eoin Morgan believes veteran spinner Harbhajan Singh will add strength to their squad. The Turbanator has all the experience under his belt and he will aim to deliver for KKR. The 40-year old off-spinner from Punjab was roped for his base price of INR 2 crores by KKR.

As KKR will play their first three games in Chennai, where the conditions suit the spinners, Morgan is hopeful that an experienced bowler like Harbhajan Singh will come into good effect.

“Adding Harbhajan to our squad has strengthened us in a really, really good way, I think,” Morgan said in a virtual press conference on Wednesday (March 31).

“When you look at our spin department as a whole, on paper it’s one of the best in the tournament and that’s factual. You look at the options that we have and the conditions that we might play, particularly in Chennai which notoriously can turn, or at least raise the eyebrows over our spinners, which is hard to do. It’s an area that I think if we play well in the tournament I think our spinners will have bowled well and contributed in that regard,” he added.

Meanwhile, Harbhajan Singh had pulled out of IPL 2020 due to personal reasons and he will aim to make a roaring comeback. Harbhajan is the fifth-highest wicket-taker in the IPL folklore as he has snared 150 wickets in 160 matches at an average of 26.44 and an economy rate of 7.05.

On the other hand, Morgan was ruled out of the last two ODIs against India as he had received four stitches in his hand. The KKR captain confirmed that he feels better and should be ready for the team’s opener.

“I feel a lot better than I did probably a week ago, and the plan moving forward is to remove the stitches tomorrow,” he said. “And then continue the progress, like batting in the coming days and over the week and then fielding at the back end of that. And given the time frame that I have available to me, it’s looking good, very good.”

KKR will play their first game against Sunrisers Hyderabad on April 11 at MA Chidambaram Stadium, Chennai.