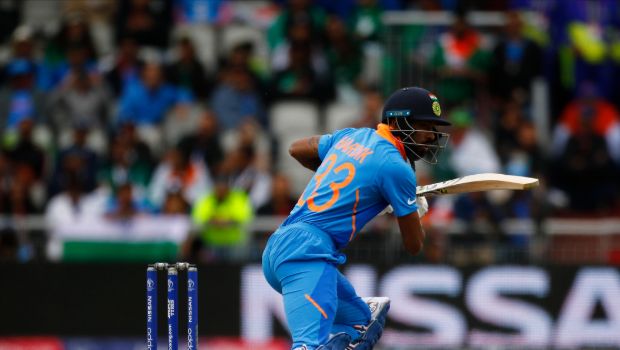 Mumbai Indians director of cricketer Zaheer Khan has revealed that the team’s all-rounder Hardik Pandya didn’t bowl in the opening clash against Royal Challengers Bangalore at the Chepauk Stadium, Chennai in order to manage his workload.

Pandya hasn’t bowled at regular intervals since returning from his back injury. In fact, one of India’s top agendas in the recent past has been to manage Pandya’s workload. The right-arm seam bowler bowled only 17 overs in the five T20Is against England whereas he sent down nine overs in the final ODI against the visitors.

Meanwhile, MI captain Rohit Sharma only had five bowling options as Pandya and Kieron Pollard didn’t bowl in the opening match against RCB. As Trent Boult and Rahul Chahar were expensive in their respective spells, Rohit didn’t have the option of throwing the ball to Hardik Pandya.

“Hardik, as a whole package, is always of great value,” MI’s Director of Cricket operations, Zaheer Khan, said. “It was a workload-related thing in the previous game. He bowled nine overs in the England series. In consultation with the physio, we had to take that approach. There was a little bit of a shoulder concern but it is not worrisome. You will see him bowl very soon. The timeline you will have to ask the physio. In terms of Hardik the bowler coming in this tournament, we are confident that he will be chipping in with the ball in his hand as well.”

Zaheer revealed that Rohit has Kieron Pollard as the sixth bowling option in the team but decided not to give the ball to the West Indies all-rounder. The former pacer added that Hardik will start bowling soon.

“Pollard is our sixth bowling option,” he pointed out. “He is consistent, he is an experienced campaigner. “Whenever Hardik is available, he will start bowling, he will be our bowling option as well. In that department, we are not very concerned. You have to just adapt and adjust. This year’s format is a different format. So from that point of view, we need to have that adaptability and flexibility around the squad as well, with not playing in your home grounds, which is what we accept and plan accordingly for the season ahead.”

On the other hand, Quinton de Kock is out of his quarantine and the left-hander is available for selection. Thus, MI will have a selection headache as Chris Lynn had scored a decent knock of 49 runs against RCB.

MI will aim to bounce back after their first match defeat. MI will play their second match against Kolkata Knight Riders at the MA Chidambaram Stadium, Chennai on 13th April.