Home » Cricket » IPL 2021: Hasaranga and Chameera’s skillsets will be of huge help for us – Virat Kohli

IPL 2021: Hasaranga and Chameera’s skillsets will be of huge help for us – Virat Kohli 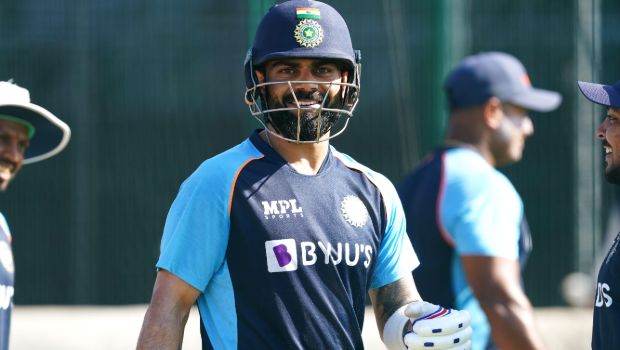 Royal Challengers Bangalore captain Virat Kohli believes Wanindu Hasaranga and Dushmantha Chameera’s skillsets will be of huge help for the team in the second phase of the Indian Premier League.

Hasaranga has a lot of variations under his belt and he can trouble the opposition batsmen.

The mystery spinner had also impressed in the limited-overs series against India. The Sri Lankan spinner is also ranked at the numero uno position in the ICC T20I rankings. On the other hand, Dushmantha Chameera has impressed with his smooth action and can bowl above 140 kmph to trouble the opposition batsmen.

Hasaranga and Chameera were signed as replacements after Adam Zampa, Kane Richardson and Daniel Sams decided to pull out of the second phase of the IPL.

Kohli said in the virtual press conference, “Adam Zampa and Richardson were with us in the first leg but they decided to not play in the second essay for the reasons absolutely understandable. The replacements we have got are Wanidu Hasaranga and Dushmantha Chameera.”

Kohli feels Chameera and Hasaranga’s experience of playing on slow Sri Lankan pitches will help RCB as the conditions are expected to be similar in the UAE.

“They have played so much cricket for Sri Lanka and they understand how to play on pitches like these and their skillsets will be of huge help for us, playing in Dubai and how the wicket will play out they know everything. We feel stronger as the new additions have given us few other dimensions.”

On the other hand, RCB got off to a good start as they won five out of the seven matches they played in the first phase of the IPL. Kohli added that it will be crucial to continue from where they left and not take things for granted.

“We had a great start to the first half of IPL 2021. We know that we can play a certain brand of cricket as we have shown in the first leg with consistent performances. Whether you have seven wins in the row, you have to start the eighth game with the same passion. And if you have no wins in five games which we have experience as a team, you still have to find motivation. You just cannot afford to take things for granted.”

RCB will resume its IPL 2021 campaign by taking on Kolkata Knight Riders (KKR) in Abu Dhabi on September 20.