Home » Cricket » IPL 2021: Hoping that Jofra Archer will be available for some part of the IPL – Kumar Sangakkara 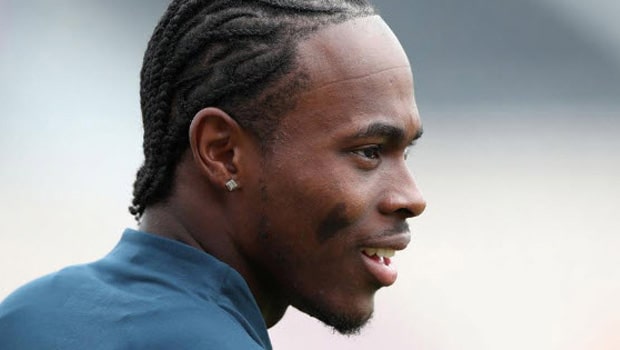 Rajasthan Royals’ director of cricket Kumar Sangakkara is hopeful that their gun fast bowler Jofra Archer will be available for some part of the ongoing Indian Premier League. Archer suffered a freakish injury as he hurt his finger after a fishbowl dropped at his place during the India series.

In the absence of Archer, bowlers like Chris Morris and Mustafizur Rahman will need to step up for Rajasthan Royals. The franchise has inexperienced Indian bowlers like Kartik Tyagi and Jaydev Unadkat, who haven’t had a great run in the IPL.

“It was a tough decision,” Sangakkara said. “Injury concerns were flagged up going into the auction but he played excellently for England. So the chances of him playing in the IPL from the start and being managed by the experts were realistic. But we have contingency plans in place now and no risks will be taken.

The former Sri Lankan skipper added that losing Jofra Archer is a huge blow for the team.

“We are certainly hoping that he will be available for some part of the IPL,” Sangakkara added. “Not having him at the start is a big blow for us because a lot of our planning is centered around his availability, and such last-minute injury concerns do affect any side, especially if he’s a player of the quality of Jofra.”

Sangakkara added that the team will have an update on Archer’s recovery once the assessment is done.

“But it’s very important that Jofra gets fit, not just for the IPL, but importantly for his international career. He needs to be in a very good space with his body, and mentally, when he does come here, so we’re all waiting to see how the assessment goes. And once the assessment is done, we’ll find out more,” Kumar Sangakkara added.

There is no doubt that Archer will be missed by the Rajasthan Royals as he is one of their key bowlers. Rajasthan Royals had finished the previous season as the wooden spooners as they could only win six matches out of the 14 games in the league stage.