Home » Cricket » IPL 2021: I am as young as ever – AB de Villiers looking forward to another season with RCB

IPL 2021: I am as young as ever – AB de Villiers looking forward to another season with RCB 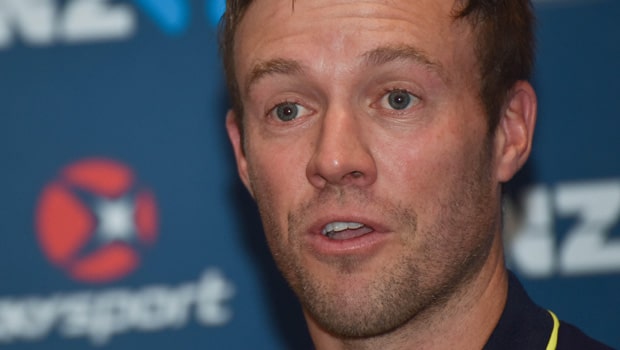 Royal Challengers Bangalore talisman batsman AB de Villiers is feeling as young as ever in the upcoming season of the Indian Premier League. De Villiers, 37, is going to hold the key for RCB in the forthcoming season. The linchpin has always played a key role for the franchise and it will be essential for the team that he clicks.

AB has played in every season of the IPL, since the inception of the tournament back in 2008. The Proteas star is one of the most consistent overseas players in the IPL history.

“I had a nice few training sessions, a lot of fitness, a lot of gym work. I feel ready and I am as young as ever so looking forward to it,” claimed de Villiers on RCB Bold Diaries.

AB revealed that he was hitting the ball decently in the nets but he was not fully satisfied with his batting and thus he will train harder tomorrow.

“We have spent a lot of time in the room in the last week and before that, we were travelling. It was quite intense coming out. I hit the floor running and gave it my absolute best. Had a lot of fun out here tonight and I was hitting the ball okay. Not a 100% so I will come back tomorrow for a bit more,” reflected de Villiers.

The former Proteas captain added that he will look to have fun in the upcoming season of the IPL and he will aim to play without any pressure.

“It is very enjoyable to just be here. I am very excited to play another IPL with the RCB boys and just going to have a lot of fun this year,” said de Villiers.

The right-hander stated that he has been training indoors as well as outdoors in the last six weeks and he is looking forward to the season.

“Yeah, I have quite a few sessions for the last six weeks. Quite a few outdoors and indoors. I mixed it up nicely. When I wanted to work on shots I would go indoors and if I wanted to have a feel for the outdoors with the nibbling around a bit I would spend an hour or so in the outdoors,” concluded AB de Villiers.

Meanwhile, Royal Challengers Bangalore had qualified for the playoff stages in the previous season and they will aim to come up with a collective effort. RCB will begin their IPL 2021 journey against reigning champions Mumbai Indians at the Chepauk Stadium, Chennai on 9th April.