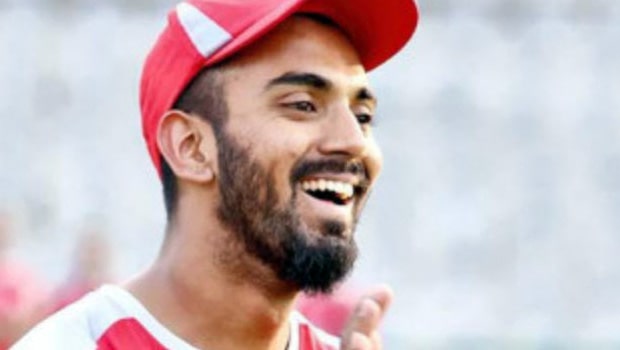 Punjab Kings captain KL Rahul has stated that he didn’t stop believing in his team when Sanju Samson was going all guns blazing for Rajasthan Royals during the run-chase of 222 runs at the Wankhede Stadium, Mumbai on Monday. Samson was on fire as he scored a blistering knock of 119 runs off just 63 balls and took his team close to the huge target.

Rahul’s role as captain in the fag end of the bowling innings became even crucial and the wicket-keeper batsman was able to hold his nerve. Punjab Kings new recruit Riley Meredith conceded 19 runs in the penultimate over after Jhye Richardson also leaked the same number of runs in the 18th over.

Meanwhile, earlier Punjab Kings did a fine job in posting 221 runs on the board after KL Rahul scored a brilliant knock of 91 runs whereas Deepak Hooda played a blistering knock of 64 runs from only 28 balls.

KL Rahul said while talking at the post-match presentation, “I didn’t stop believing in the team, and we knew a couple of wickets will bring us back. The game went deep only because me included, we dropped some sitters. We bowled well until about 11-12 overs. We’re used to this, and it’s not something new for us, but a win like this brings the team together. We batted really well and bowled well in patches. We weren’t consistent with the lengths but the bowlers will learn. A lot of talented, skilful players, and it’s important that we back them. It was an amazing innings from Hooda, and that’s the kind of fearless batting we want to see in the IPL. We have been tentative sometimes, and it’s important for us to play fearlessly at times, so I am happy that the expectations are being understood and met. Gayle and Hooda were both good that way”.

Rahul praised Arshdeep Singh who bowled a fine final over. Singh finished with figures of 3-35 in his four overs quota, which is commendable as the opposition scored 217 runs and almost all the Punjab bowlers took a beating.

Rahul added, “I always go to Arshdeep for crucial overs and he enjoys the pressure. He loves being in the contest and I love throwing him the ball, and he trusts himself and trusts his skills, so that’s always good to see”.

Punjab Kings will be delighted after getting off to a winning start and they will aim to continue the momentum. KL Rahul-led team will next face Chennai Super Kings at the Wankhede Stadium, Mumbai on 16th April.