Home » Cricket » IPL 2021: I don’t see where the gap is – Michael Atherton on resumption of the tournament

IPL 2021: I don’t see where the gap is – Michael Atherton on resumption of the tournament 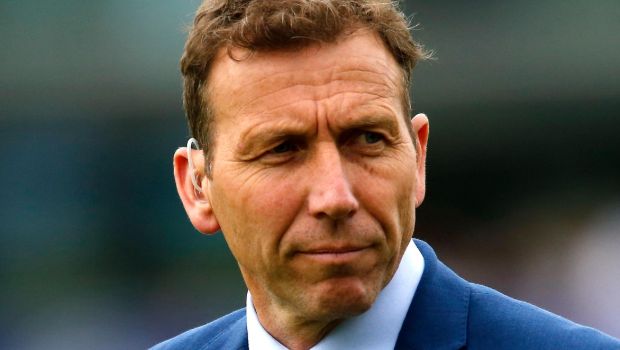 Former England captain Michael Atherton doesn’t see any window for the resumption of the truncated IPL 2021. BCCI had finally decided to suspend the tournament on Tuesday after a surge in the number of Covid-19 cases.

BCCI was forced to defer the tournament indefinitely after Delhi Capitals’ spinner Amit Mishra and Sunrisers Hyderabad wicket-keeper batsman Wriddhiman Saha were also tested positive for Covid-19. Thus, it was a guile decision from the Indian board to postpone the tourney.

However, with the jam-packed international schedule on the cards, it is going to be a difficult job for the BCCI to fit in the IPL. India will play the WTC final against New Zealand in June and then will take on England in a five-match Test series in August and September. Subsequently, T20 World Cup is to be played in October and November but the venue can shift from India to the UAE.

“I just don’t see where the gap [in the schedule] is. India will come to England for five Test matches in the summer — and that ends around mid-September. Then the T20 World Cup, which is supposed to be in India – but who knows, they may have to move that tournament to the UAE — takes place in mid-October,” Michael Atherton told Sky Sports.

“The IPL is obviously worth a lot of money to the global game – I think it brings in a third of the game’s global revenue – so people will be keen to see it staged. But the logistics are very tricky for the tournament now,” he added.

In fact, it is reported that BCCI might target the September window to host the remainder of the tournament. However, Atherton believes it is going to be difficult from the logistical point of view as a lot of foreign players participate in the IPL.

“It is a logistical challenge. The IPL not only has a high number of domestic Indian players but players from all around the world. There is maybe a gap there, but all countries will already have their pre-T20 World Cup preparations baked in now,” said Michael Atherton.

“England are due to go to Bangladesh and Pakistan, for example — and you’re also asking India’s players, who have spent long, long periods inside these bubbles to spend more time in one, it seems hard to me,” Michael Atherton concluded.