Home » Cricket » IPL 2021: I had the desire to play alongside MS Dhoni before he retires – Robin Uthappa

IPL 2021: I had the desire to play alongside MS Dhoni before he retires – Robin Uthappa 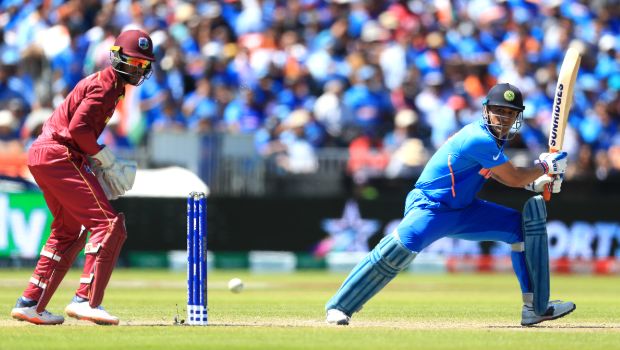 Uthappa, who was part of India’s 2007 T20 World Cup triumph, revealed that he had the desire to play alongside CSK skipper MS Dhoni before he retires.

Uthappa gave his gratitude to the CSK fans for supporting him in the last few weeks. Meanwhile, Robin Uthappa is one of the most consistent batsmen in the IPL history but he hasn’t been able to deliver the goods in the last couple of seasons.

Uthappa has amassed 4,607 runs at an average of 27.92 and a strike rate of 129.99. The flamboyant right-hander had also bagged the Orange Cap in the 2014 season while playing for Kolkata Knight Riders and had played a key role in the team’s success in that edition.

Uthappa is looking forward to sharing the dressing room with players like Ambati Rayudu and Suresh Raina.

“I would like to say thank you to all CSK fans for the wonderful welcome I’ve received. Thank you so much for the love and support I’ve received so far.”

“It’s a desire come true for me. It’s been almost 12-13 years since I played with MS Dhoni. I had the desire to play alongside him before he retires and win a tournament with him. It’s a blessing, this opportunity to play for CSK. I get to play with a lot of players I grew up with – Ambati Rayudu, Suresh Raina.”

On the other hand, Uthappa couldn’t deliver the goods in the previous season while playing for Rajasthan Royals. The stylish batsman could only muster 196 runs in 12 matches at a paltry average of 16.33 and a strike rate of 119.51.

Thus, Uthappa will look to turn the tables in the upcoming season of the IPL. Meanwhile, CSK also bought K Gowtham for INR 9.25 crores whereas they roped in England’s all-rounder Moeen Ali for INR 7 crores.

CSK had failed to qualify for the playoff stages for the first time in the previous season and they will be determined to come up with a better performance.