Home » Cricket » IPL 2021 | “I had to go for my shots because we were chasing,” said Rishabh Pant on his match-up with Jasprit Bumrah

IPL 2021 | “I had to go for my shots because we were chasing,” said Rishabh Pant on his match-up with Jasprit Bumrah 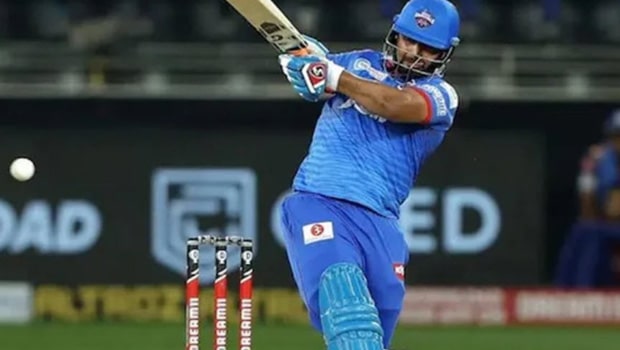 Delhi Capitals registered their third win of IPL 2021 by beating last year’s champions Mumbai Indians at the Chepauk Stadium in Chennai. The Capitals had previously lost twice against Mumbai Indians in the IPL 2020 knockout rounds, including the high-profile final.

Speaking to the media in a virtual press conference after the game, Delhi Capitals captain Rishabh Pant suggested that players need to focus on the game, instead of individual duels. The key is to read the situation well, he believes.

During the match, Jasprit Bumrah dismissed Pant when he was on 7 runs. However, his side went on to win the game in the final over. Responding to questions about Mumbai Indians’ intention to bring Bumrah back into the attack to bowl against him, Pant said, “As a player, you don’t focus on match-ups too much. It doesn’t matter what you are doing or what you have done before. Everyday is a new day in cricket. They bowled him (Jasprit Bumrah) because they had to bowl him at that time. There was no other option.

I had to go for my shots because we were chasing. So I think you need to focus on the scenarios much more rather than match-ups.” Rishabh Pant was also highly impressed by veteran spinner Amit Mishra. The leg-spinner became the star of the show after his sensational spell rattled the Mumbai Indians batting order. Amit Mishra went on to finish with 4 for 24, the best bowling figures for a Delhi bowler against Mumbai Indians in the IPL. The veteran now just needs six more wickets to surpass Lasith Malinga’s IPL record tally of 170 wickets.

“When we started, we were under a bit of pressure, but Mishi bhai got us back into the game. It was a low-scoring match, but a difficult pitch to bat on. We just wanted to keep it simple, and we wanted to restrict them to at least 140-150,” said Rishabh Pant.

The Delhi Capitals captain also hailed the efforts of Lalit Yadav who looked solid in the middle with the bat. Lalit Yadav finished the game with the help of Shimron Hetmyer after picking up a wicket in the first innings.

“I think Lalit is a great Indian player, and we are looking to groom him.”