IPL 2021: I have given 120% to this franchise every year – Virat Kohli on his time as RCB captain 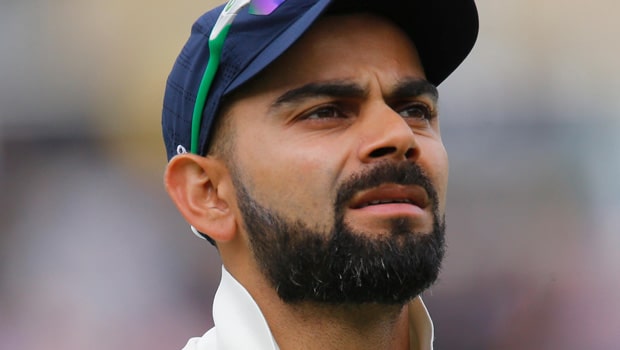 Virat Kohli played his last match for Royal Challengers Bangalore as a captain on Monday at the Sharjah Cricket Stadium against Kolkata Knight Riders. KKR won by four wickets to book their place in the second qualifier and thus Kohli’s stint as captain of RCB ended. Kohli led RCB for the first time in 2013 but he could not lead the team to any IPL title.

RCB played a total of 110 matches under Kohli’s leadership in which the team won 66 games and lost 70 whereas four matches ended in no result. Kohli had taken the team to the final in the 2016 edition of the tournament but they could not cross the final hurdle against Sunrisers Hyderabad. RCB also qualified for the playoff stages in 2020 and 2021.

In fact, the team had a good run in the league stage of the ongoing season as they won nine out of the 14 matches to finish at third place with 18 points.

Kohli said that he gave his 120% to RCB as a leader every year and he tried to build a culture in which the young players could strive. The talisman also revealed that he will continue to play for RCB till his last IPL match.

Kohli said in the post-match presentation, “I have tried my best to create a culture here where youngsters could come in and play with freedom and belief. It is something I have done with India as well. I have given my best. I don’t know how the response has been, but I have given 120% to this franchise every time, which is something I will now do as a player. It is a great time to regroup and restructure for the next three years with people who will take this ahead. [On him staying with RCB] Yes definitely, I don’t see myself playing anywhere else. Loyalty matters more to me than worldly pleasures. I would be in the RCB till the last day I play in the IPL”.

On the other hand, RCB was rocked on the backfoot by Sunil Narine, who scalped four wickets and also scored a little cameo of 26 runs. Narine got the big wickets of Virat Kohli, AB de Villiers, and Glenn Maxwell and Kohli feel his spell of 4-21 was the game-defining moment as RCB were restricted to 138 runs. Furthermore, Narine became the first player to take four wickets and score more than 25 runs in an IPL playoff game.

Kohli added, “I think those middle overs where their spinners dominated the game was the difference. They kept bowling in tight areas and kept picking wickets. We had a great start and it was about quality bowling and not bad batting. They thoroughly deserve to win this one and be in the next round. The fight till the end with the ball has been the hallmark of our team. That one big over [22 runs] in the middle deflated our chances. We fought till the last over and made an amazing game out of it. 15 runs less with the bat and a couple of big overs with the ball cost us. Sunil Narine has always been a quality bowler and today he once again showed it. Shakib, Varun, and he created pressure and didn’t allow our batsmen to get away in the middle”.