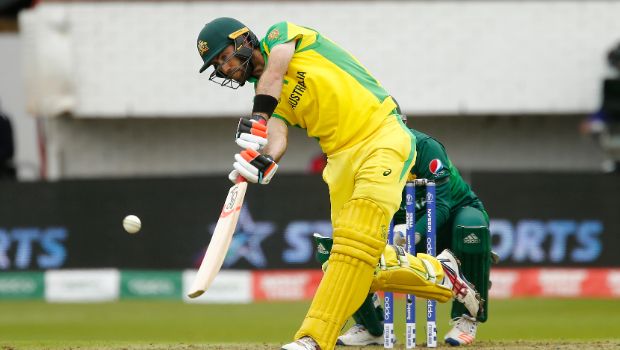 Royal Challengers Bangalore captain Virat Kohli is excited to have Glenn Maxwell in the squad for the upcoming season of the Indian Premier League.

Kohli revealed the franchise wanted a player like Maxwell, who has the skills to turn the match on its head.

Maxwell always comes into the IPL with high expectations but the Australian all-rounder has thus far disappointed with his performances. Maxwell was at his best in the IPL 2014 season where he amassed 552 runs in 14 matches at an average of 34.50 and a blistering strike rate of 187.76. However, barring that season, Maxwell hasn’t been at his best.

Virat Kohli sees different energy in Glenn Maxwell this year and he is hopeful that the Aussie will be able to deliver the goods for RCB. The franchise has always relied heavily on the shoulders of Virat Kohli and AB de Villiers and thus both of these batsmen will hope that Maxwell fires at all cylinders in the upcoming season.

“We wanted Maxi, specifically targeted him at the auction in February. You obviously feel great when things end up happening to where you thought they would.

“Zamps sent me that picture of them (Zampa and Maxwell) at a practice session handing over the RCB cap even before the auction happened. Zamps a very funny guy, thought it was hilarious and I sent it to Maxi as well.

“He’s a good guy, we’ve caught up in the past as well when I was in Australia on a tour. He’s just very happy to be in RCB and I see different energy about him this time,” Kohli told RCB’s Danish Sait.

Maxwell has been the cynosure of all eyes in the IPL and he has always bagged a huge price in the auction. The all-rounder was roped in for a whopping amount of INR 14.25 crores but Kohli doesn’t want to put any undue pressure on the Australian.

“I don’t think as much as you guys, I mean you as in within your team, want to be the match-winner. You don’t want to be the center of attention all the time and I think that’s something that happened with Maxwell. There’s too much focus and attention on you.

“We have decided to pick him, he’s not demanding to go to any team. When you decide to pick a player its very important to manage the player as well. And I think having guys like Maxi, Dan Christian, Kyle Jamieson… lot of experience that we’ve added in the team this time.

Maxwell was in good form in BBL 2020-21 season as he scored 379 runs in 14 matches at an average of 31.58 and a strike rate of 143.56 while playing for Melbourne Stars. Ergo, the all-rounder is in good form and he will aim to continue the good show for RCB.