Home » Cricket » IPL 2021: I take full responsibility for the way I batted, it was obviously slow – David Warner

IPL 2021: I take full responsibility for the way I batted, it was obviously slow – David Warner 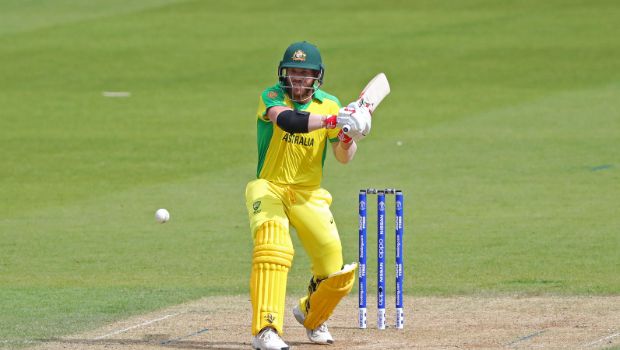 Warner meandered to 57 runs from 55 balls as he could get going in his innings. The southpaw failed to find the gaps and he was not at his best as couldn’t change the gears.

Warner’s strike rate was 103.64, which is well below his own standards. The left-hander could not get the timing right and found the fielders at will. It wasn’t a typical David Warner’s innings as he struggled to find the momentum.

However, SRH were able to reach a respectable score of 171 runs after Manish Pandey scored 61 runs from 46 balls whereas Kane Williamson scored 26 runs from 10 balls. In fact, at one stage it looked like SRH will struggle to go past the 150-run mark.

But a total of 171 runs wasn’t enough as CSK cruised to the target with nine balls to spare. Ruturaj Gaikwad and Faf du Plessis added another fine alliance of 129 runs to set the foundation of the run chase. Gaikwad scored 75 runs from 44 balls whereas du Plessis contributed with 56 runs from 38 balls to guide the team to the total.

David Warner said in the post-match presentation, “I take full responsibility for the way I batted, it was really slow, found a lot of fielders and I got frustrated. The way Manish batted was exceptional. Kane got us to a respectable total, but I take full responsibility as it was a total below par. I probably hit 15 good shots to the fielders, I couldn’t do much about it. They are the ones that make or break your innings. It gets frustrating as a batsman when you find the fielders. We had 170 on the board but we couldn’t take powerplay wickets and it’s always tough (to come back) on a good surface like this. Their two openers batted really well, but we fought well in the end”.

On the other hand, Warner became the first IPL batsman to score 50 fifties in the tournament’s history. Furthermore, Warner also completed 10,000 T20 runs and became the eighth batsman in IPL history to smash 200 sixes.

Warner added that they will need to come up with a better batting performance in the coming matches.

Warner added, “170 is about a par total at night, but things could be different in a day game. From a batting perspective we need to find the gaps and need to be positive. We are a bunch of fighters. The guys will be hurt by this, but they’ll be up and about”