Home » Cricket » IPL 2021: I think Mohammed Siraj is the story of this IPL – Parthiv Patel

IPL 2021: I think Mohammed Siraj is the story of this IPL – Parthiv Patel 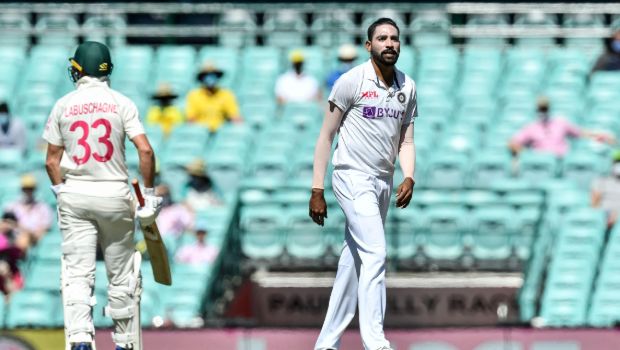 Patel believes Siraj is the story of this IPL. Siraj has taken giant strides in his career after making his International debut.

The right-arm fast bowler from Hyderabad is a different bowler altogether after he scalped 13 wickets in the three Test matches against Australia and finished as India’s leading wicket-taker on the tour.

On the other hand, Siraj was able to take his red-ball form into T20 cricket. Siraj is known to do well with the new ball but bowling in the death was his Achilles Heel. However, Siraj was able to nail the yorkers in the first phase of IPL 2021, before the tournament got deferred indefinitely.

Siraj scalped six wickets in the seven matches at an average of 31.83 but most importantly bowled with an impressive economy rate of 7.34. The fast bowler was right on the money in the fag end of the innings. Patel said that RCB were able to put paid to their death bowling woes.

“Absolutely they did. I thought the way Mohammed Siraj bowled this season. I think he is the story of this IPL. Everyone has spoken about Mohammed Siraj bowling well with the new ball and then not being able to bowl yorkers but this season he was nailing yorkers,” said Patel on Star Sports.

On the other hand, Patel heaped praise on Harshal Patel who has the purple cap on his head. Patel scalped 17 wickets in seven matches and impressed with his ability to bowl slower balls and accurate yorkers. Patel also became the first bowler to take a five-wicket haul against Mumbai Indians.

“The emergence of Harshal Patel. He was a smart buy and he got help from the pitches as well. The elite slower ones and the yorkers also mix in between. I thought he mixed his pace very well,” said Patel.

“He bowled well in Mumbai also, when you are playing so many games, you can get hit, that’s fine, but that wicket-taking ability is very important when you are bowling in the slog overs. If you don’t get wickets, you often get hit but I thought Harshal Patel bowled really well this IPL so far,” signed off Parthiv Patel.

RCB won five matches out of the seven they played and they were at the third place in the points table before the tournament was postponed indefinitely by BCCI due to surge in number of Covid-19 cases.