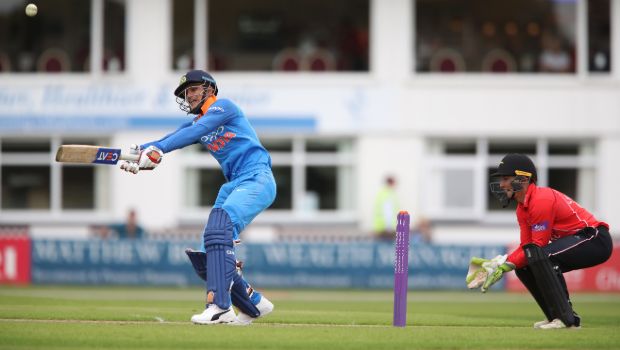 Punjab Kings captain KL Rahul had come under the scanner for his below-par strike rate in the previous season and Rahul had defended his batting approach by stating that strike rate is overrated.

Similarly, Kolkata Knight Riders’ opening batsman Shubman Gill has given the same statement as he believes strike rates are overrated.

Gill, who scored his runs at a paltry strike rate of 117.96 in the previous season, feels it is crucial for the batsman to bat accordingly to the match situations. The 21-year-old talented batsman added that a batter should be able to bat at a strike rate of 200 if his team demands him to whereas the same batsman should be able to strike at 100 if the situation demands a sedate approach.

Gill had scored 440 runs in 14 matches of the previous season but he failed to give a quick start to his team. Gill also had multiple opening partners as Sunil Narine was not able to get going and then the team backed Rahul Tripathi.

“I think strike-rate is kind of overrated,” the Kolkata Knight Riders star batsman told PTI in an interview ahead of the upcoming IPL.

“There shouldn’t be a certain pattern to your game where you are only able to play one kind of game and not being able to adapt to different situations,” he added.

On the other hand, Gill had a magnificent start to his Test career against Australia as he scored 259 runs in the three-Test matches he played at an impressive average of 51.8. The flamboyant batsman also scored 91 in the final Test match at Brisbane and played a key role in India’s historic win.

However, Gill wasn’t able to continue the same form in the four-match Test series against England as the right-hander could only score 119 runs in seven innings at a mundane average of 19.83. Gill was part of the ODI squad but didn’t get any chances. The prodigy batsman feels the lack of white-ball game time will not impact him as he has had a good time to prepare.

“I don’t think it will affect anything because we have almost 10-12 days before our first match against Sunrisers Hyderabad (April 11) so there’s plenty of time for me to prepare,” he said.