IPL 2021: I was a bit nervous in the first year – Shimron Hetmyer 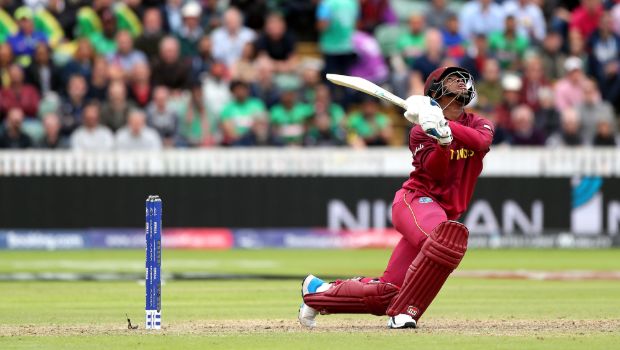 Delhi Capitals batsman Shimron Hetmyer has admitted that he was a bit nervous in the first year in the Indian Premier League.

Hetmyer made his IPL debut in the 2019 season for Royal Challengers Bangalore but couldn’t get going as he mustered only 90 runs in five matches he played.

Subsequently, the left-hander from West Indies was released by RCB and then he was picked by Delhi Capitals in IPL 2020 auction for a whopping amount of INR 7.75 crores. Hetmyer didn’t have a great IPL 2020 as he scored 185 runs in 12 matches at an average of 23.12 and a blistering strike rate of 148.

However, the left-hander has been at his best and he has provided the finishing touches to Delhi Capitals in the ongoing season. The southpaw scored a whirlwind knock of 53 runs from 25 balls against RCB and almost took his team to a thrilling win. The combative batsman has thus far scored 84 runs in five innings at an average of 84 and a fantastic strike rate of 204.87.

Hetmyer has played fearlessly and he has taken the attack to the opposition as soon as he has come to the crease. Hetmyer once again added the finishing touches against Punjab Kings as he scored a cameo of 4-ball 16 to get his team over the line in the run-chase of 167 runs.

Shimron Hetmyer said in the virtual press conference, “This year (the difference has been) knowing that I have the backing of the team. It’s just about being comfortable and being in an environment where you know everyone, and everyone is basically a friend. It is just for you to express yourself when you go out to bat. Basically just be yourself around your teammates. I am not really thinking too much about the past. It was just me starting in IPL cricket, so I was a bit nervous in the first year. Last year, the guys on top were doing very well, so I wasn’t getting that chance. This year, it is probably the same, but I have been able to push myself a little bit more to finish off the games faster.”

On the other hand, Hetmyer added DC head coach Ricky Ponting gives the freedom to the players to express themselves on the field.

“I have only been here for two years. Being here during this time, he (Ricky Ponting) has helped in terms of positivity, giving you the freedom to go out and express yourself. He is always there to back you and keep pushing you to do your best. That’s one of the things I really like about him.”

DC will next face Kolkata Knight Riders on 8th May at the same venue of Narendra Modi Stadium, Ahmedabad.