Home » Cricket » IPL 2021: I was low on confidence when I joined RCB last year – Mohammed Siraj

IPL 2021: I was low on confidence when I joined RCB last year – Mohammed Siraj 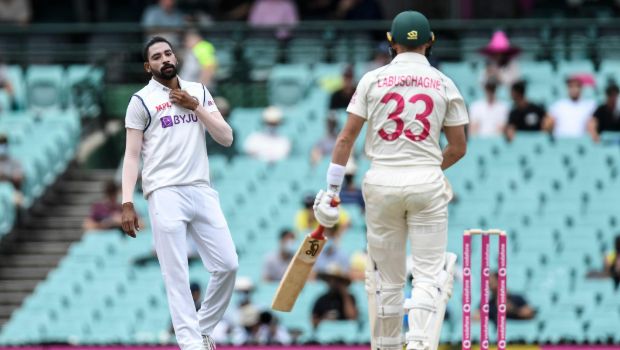 Royal Challengers Bangalore fast bowler Mohammed Siraj has revealed that he was low on confidence when he joined the franchise last year.

Royal Challengers Bangalore were able to qualify for the playoff stages in the previous season but Siraj had a subdued season for the franchise.

Siraj had scalped 11 wickets in nine matches at an average of 21.45 and a high economy rate of 8.68. The fast bowler’s best bowling performance came when he scalped 3-8 against Kolkata Knight Riders. Siraj added that he grew in confidence after that impressive performance against KKR.

Meanwhile, Siraj has taken giant strides in his career in the last six months. Siraj made his Test debut against Australia in the second Test match at the Melbourne Cricket Ground. The fast bowler from Hyderabad ended as the leading wicket-taker of the Test series for India as he snared 13 wickets in the three-Test matches he played.

Thus, Siraj has grown in confidence in the last few months and he is a different bowler altogether. Siraj has played five Test matches in which he has scalped 15 wickets at an average of 28.25.

“Last year, when I joined RCB, I was a bit low on confidence. But when I started bowling with the new ball on a single wicket, that helped me. And then that performance against KKR gave me a lot of confidence.

“The team culture was brilliant. We would all gather together and discuss things in the presence of our captain Virat Kohli,” said Mohammed Siraj in an interview with RCB’s Bold Diaries.

On the other hand, India’s bowling coach Bharat Arun has played a key role in the rise of Mohammed Siraj. The 27-year old bowler revealed that Arun treats him like a son.

“Bharat Arun sir treats me like his son. Whenever I talk to him, he boosts my confidence. Even in the Indian camp, it’s the same as what it was having him with Hyderabad. He always asked me to focus on the basics and stick to my line and length. He says not to try something extra but focus on fitness,” Mohammed Siraj said.

Mohammed Siraj is going to be one of the main bowlers for RCB in the upcoming season and he is going to hold the key for the franchise. Siraj has scalped 39 wickets in 35 IPL matches at an average of 27.79 and an economy rate of 9.08. Thus, the fast bowler will aim to come up with a better performance.