Home » Cricket » IPL 2021: I will stick to my plans in the coming matches – Rahul Chahar

IPL 2021: I will stick to my plans in the coming matches – Rahul Chahar 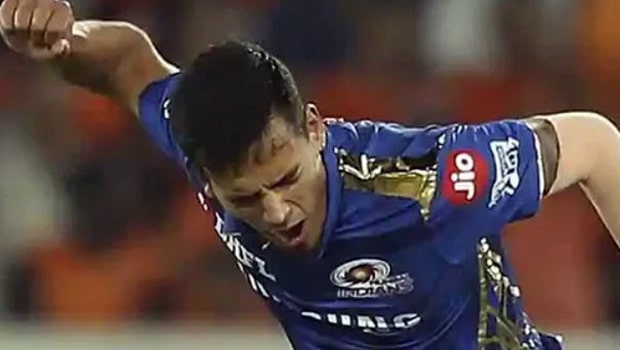 Mumbai Indians fast bowlers Trent Boult and Jasprit Bumrah have been equally effective at both ends of the innings whereas Rahul Chahar has done a fine job in the middle stages of the innings. The leg-spinner from Rajasthan, registered his best bowling figures in the IPL against Kolkata Knight Riders as he returned with 4-27 in his four overs and bagged the Player of the Match award.

Chahar had taken the crucial wickets of Shubman Gill, Rahul Tripathi, a well-settled Nitish Rana, and KKR captain Eoin Morgan. The wrist-spinner continued his sublime form against Sunrisers Hyderabad as he scalped three wickets and conceded only 19 runs in his quota of four overs at the MA Chidambaram Stadium, Chennai on Saturday.

Chahar got the crucial wickets of Manish Pandey, Abhishek Sharma, and Virat Singh to put his team’s noses in front. The leg-spinner stated that he will try to stick to his plans in the coming matches. Rahul Chahar has impressed with his bowling in the middle overs and the leg-spinner is currently the joint highest wicket-taker of the tournament with seven scalps.

“I will stick to the same plan for the coming matches in Chennai and will try to pick as many wickets as possible. Chennai wicket helps spinners. Wickets are not in our hands but I will try to turn the ball from the right spot and put batsmen under pressure,” Chahar said in a video posted on IPL’s official website.

In fact, Chahar had returned wicketless in the first match against Royal Challengers Bangalore and had also conceded 43 runs in his four overs. Chahar admitted that there was a bit of pressure in the second game after he had taken a beating against RCB.

“There was some pressure in the second game as the first match was not so good for me. It was important for me to give the best performance in the second match and I don’t think there is any better wicket than this for spinners,” he added.

The Chennai pitch is conducive to spinners and both Chahar and Krunal Pandya have done a fine job for the five-time champions. Boult and Bumrah have been at their usual best and MI’s bowling battery is one of the best in the tournament.

MI will play their next match against Delhi Capitals at the MA Chidambaram Stadium, Chennai on 20th April.