Home » Cricket » IPL 2021: I would like to see Mumbai Indians complete a hat-trick of titles – Parthiv Patel

IPL 2021: I would like to see Mumbai Indians complete a hat-trick of titles – Parthiv Patel 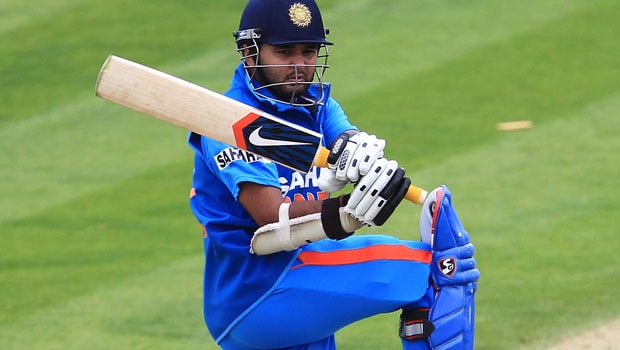 Mumbai Indians talent scout Parthiv Patel wants the franchise to complete their hat-trick of titles in the upcoming season of the IPL. MI is one of the most consistent teams in the IPL as they have won the title on five occasions. The Rohit Sharma-led team won two back-to-back titles in 2019 and 2020 and they will aim to win their third title on the bounce and become the first IPL team to do so.

MI has won titles in 2013, 2015, 2017, 2019, and 2020 and they will aim to continue their domination in the lucrative T20 tournament. The franchise has a balanced squad and they are mostly known to come up with collective efforts in the tournament.

MI is known to play fearless cricket and they mostly tick the right boxes as a unit. They have batsmen like Rohit Sharma, Quinton de Kock, Suryakumar Yadav, and Ishan Kishan whereas all-rounders like Krunal Pandya, Hardik Pandya, and Kieron Pollard add value to the team.

Moreover, they have a potent bowling unit as they have fast bowlers like Jasprit Bumrah, Trent Boult, and Nathan Coulter-Nile. They also have Rahul Chahar, who has done well for them.

Thus, they have a formidable unit and it is not easy for any IPL team to go past them. Patel is looking forward to watching players like Virat Kohli, Chris Gayle perform well in the IPL but at the same time, he wants MI to achieve the unprecedented record of winning three titles on the trot.

“IPL is all about entertainment. It is all about how everyone goes out there and expresses themselves. I have no doubts in seeing the way Virat Kohli has batted, the way Chris Gayle has been batting, the way KKR has played, and all of that, but the biggest record which I would like to see is there’s not been a hat-trick of winning the tournament, which Mumbai Indians has a very good chance of. So, that is the record which I would like to see broken,” Parthiv Patel said on Star Sports.

Meanwhile, Rohit Sharma is known to get the best out of his players and MI is always a dangerous team in the IPL. MI will aim to come up with another solid performance in the upcoming season.

The reigning champions will begin their IPL 2021 campaign against Royal Challengers Bangalore at Chepauk Stadium, Chennai on April 9.