Home » Cricket » IPL 2021: If Nitish Rana continues to play like this, India’s call-up might not be far away – Aakash Chopra

IPL 2021: If Nitish Rana continues to play like this, India’s call-up might not be far away – Aakash Chopra 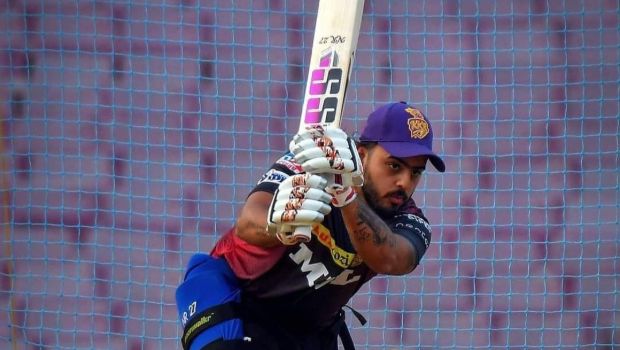 Former Indian opener Aakash Chopra reckons India’s maiden call-up might not be far away for Nitish Rana if he continues to play in a similar fashion as he did against Sunrisers Hyderabad in the opening match of his team at the MA Chidambaram Stadium, Chennai on Sunday.

The left-hander was asked to open the innings by the team’s think tank and he was able to grab his opportunity with both hands.

Rana scored a fine knock of 80 runs from only 56 balls with the help of nine fours and four maximums. The southpaw added 53 runs with Shubman Gill whereas he added 93 runs off just 50 balls with Rahul Tripathi. Thus, the 27-year batsman from Delhi played a key role in getting his team to a par score of 187 runs.

The left-hander was able to hit the ground running for KKR and did a fine job at the top of the order for the franchise against SRH, which is known for its potent bowling attack. Rana has been a consistent performer in the IPL since making his debut back in the 2016 edition. The southpaw has scored 1517 runs in 61 IPL matches at an average of 28.62 and an impressive strike rate of 135.93.

Aakash Chopra said while talking on his YouTube Channel, “Nitish Rana batted amazingly well after KKR were asked to bat first. If he keeps playing like this, an Indian team call-up might not be too far for him. There is a possibility”.

“When you play on this pitch, it is necessary to capitalize on the new ball. There Nitish Rana was running ahead of Shubman Gill and was not hesitating to take risks. Whenever he opens, his graph is up and down, with alternating 80s and zeroes. When he got out the team’s score was 160, fifty percent runs had come from his bat,” added Chopra.

Nitish Rana was able to show his class and there is no doubt that he is currently one of the best uncapped Indian players in the IPL. Meanwhile, Rana has scored 1940 runs in 58 List A matches at an impressive average of 41.27 whereas he has amassed 2725 runs in 116 T20s at an average of 28.09. Thus, not only Rana has impressed in the IPL but also he has done a fine job while playing in the domestic circuit.

Rana will aim to continue the good show for KKR in this season of the IPL and he can catch the eyes of the national selectors with his consistent performances.