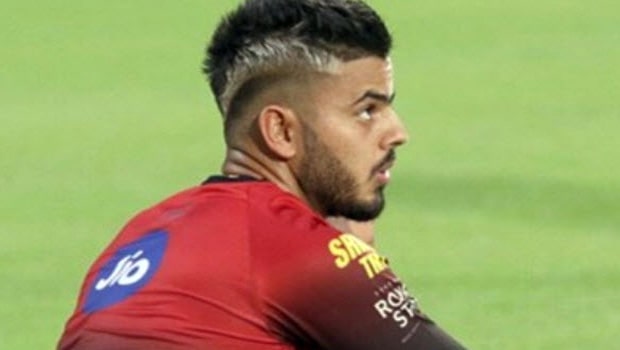 Kolkata Knight Riders batsman Nitish Rana had a great start to the 14th edition of the Indian Premier League as he scored 80 runs off just 56 balls against Sunrisers Hyderabad at the MA Chidambaram Stadium, Chennai on Sunday. Rana, who recently defeated Covid-19, came up with an inspiring performance to help his team post 187 runs on the board after they were put into bat by David Warner.

In fact, this was only the sixth time when Rana was opening the innings for KKR in the IPL and he was able to grab his opportunity with both hands. The left-hander played a key role in giving a solid start to his team as he added 50 runs in seven overs with Shubman Gill, where he played the attacking role.

Subsequently, Rana added 93 runs off just 50 balls with Rahul Tripathi. The southpaw scored nine fours and four sixes in his knock to give a perfect start to KKR. In fact, Rana last six innings in the IPL read as 0, 81, 0, 87, 0, 80 and thus it was a 80-night for the left-hander.

Rana added he tries to hit the ball if it is in the slot for him.

“I thought the ball was in my slot (first ball, off Bhuvneshwar) and luckily I got a four. My game plan is always that if the ball is in my slot I’ll try to hit it. I was backing myself and looking to hit balls. I’ve been playing spin since childhood, so in a way, it’s in my blood,” Nitish Rana said in the post-match presentation ceremony.

Nitish Rana has done a fine job for KKR in the recent past and he will aim to continue the good show. The left-hander was able to able to time the ball to perfection against SRH and he was the pick of the KKR batsmen. Thus, Rana bagged the Man of the Match award for his fine knock.