Home » Cricket » IPL 2021: If you look at our playing XI on paper, we are one of the best teams – Sanju Samson

IPL 2021: If you look at our playing XI on paper, we are one of the best teams – Sanju Samson 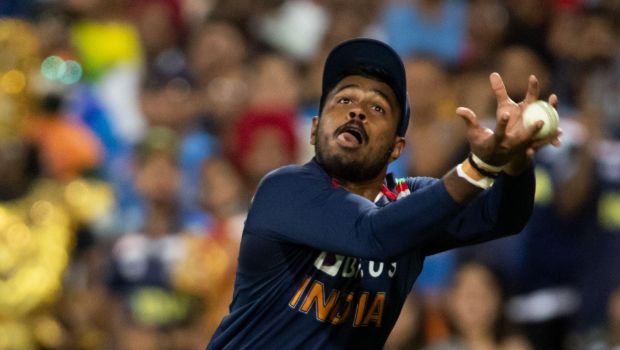 Rajasthan Royals skipper Sanju Samson has rated his team as one of the best on paper in the upcoming season of the Indian Premier League 2021.

Rajasthan has players like Jos Buttler, Ben Stokes, Chris Morris, David Millier, Andrew Tye, and Mustafizur Rahman, who have the skills to turn the match on its head.

Rajasthan Royals had finished the previous season as the wooden spooners as they could only win six matches out of the 14 they played. Samson feels his team didn’t do much wrong in the previous season and it will be crucial for them to execute their skills in the upcoming edition.

Sanju Samson said while talking to Hindustan Times, “I don’t think we did too much wrong in the last season. If you look at our XI on paper, we’re one of the best. So, I would like to tell everyone that we are a great bunch of players and we just need to play some good cricket. If we are in the right mindset as a team, I believe good things are ahead of us”.

Meanwhile, Sanju Samson got off to a good start in the last season but could not continue the same form. Samson scored 375 runs in 14 matches at an average of 28.84 and finished as the highest run-getter for the franchise. Samson added that the T20 format demands the players to be fearless in batting, bowling, and fielding.

“This format demands a lot of fearless cricket, be it in batting, bowling or fielding. It’s all about speed, power, and expressing yourself. That’s what I expect from my team,” added Samson.

On the other hand, Rajasthan Royals broke the bank for Chris Morris, who they roped in for a whopping amount of INR 16.25 crores, making him the most expensive player in IPL auction history. Samson added that he won’t like to put any extra pressure on Chris Morris despite the fact that Jofra Archer’s participation is uncertain due to his finger injury.

“I would not like to put him (Morris) under too much pressure or tell him that he’s the biggest member of this team. Everyone has a big role to play; even someone bowling one over might have a crucial role,” said Samson.

Morris has played 70 IPL matches in which he has scored 551 runs at a blistering strike rate of 157.88 and the fast bowler has taken 80 wickets. The all-rounder scalped 11 wickets in nine matches of the previous season at a parsimonious economy rate of 6.63 while playing for Royal Challengers Bangalore. Samson is excited to have a gun-fast bowler like Chris Morris in the set-up.

“But we’re excited to have Morris back. He’s a very happy-go-lucky person, someone who likes to keep the atmosphere light. But when he enters the ground, he is a completely different person—competitive and eager to win matches. It’s great to have an individual like that in the team,” concluded Samson.