IPL 2021: It was very challenging to play without David Warner – Trevor Bayliss 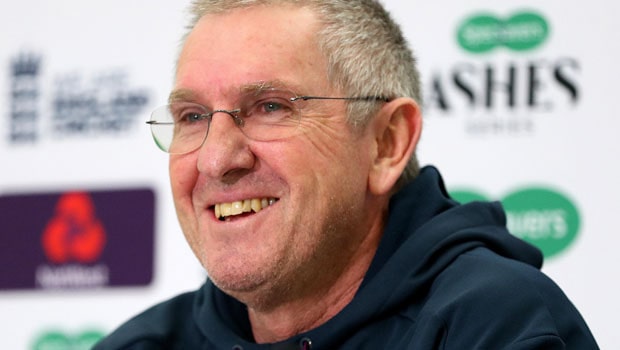 Sunrisers Hyderabad head coach Trevor Bayliss admitted that it was very challenging to play without their former skipper David Warner against Rajasthan Royals at the Arun Jaitley Stadium, Delhi. SRH decided to sack David Warner from the captaincy role on Saturday and then surprisingly also dropped him from the final XI against RR.

Warner is one of the best T20 batsmen of this generation and it was surprising to note his exclusion from the playing XI. In fact, the franchise had revealed that it will change its foreign players when it released the official statement regarding Kane Williamson replacing David Warner as captain.

Warner has thus far struggled to get going in the ongoing season as he has scored 193 runs at an average of 32.13 and a paltry strike rate of 110.28. However, there is no doubt that Warner is one of the best of the T20 batsmen in the world and dropping him from the final XI is a difficult pill to swallow.

The former SRH skipper was given the 12th man duties and he did his best to help his teammates. Warner has always been a key player for SRH and it was shocking to see him getting dropped.

Afghanistan all-rounder Mohammed Nabi replaced Warner in the final XI and the team’s director of cricket Tom Moody earlier revealed that the move was made for the better balance of the team.

In Warner’s absence, Manish Pandey opened with Jonny Bairstow. However, SRH couldn’t get going in their run chase of 221 runs as they only managed 165-8 and thus lost by a massive margin of 55 runs.

“Yes, very challenging without David as a player and [also with] a new captain. Look, I don’t think there would be too much of a problem there. Kane has been the captain of the team before and obviously, in the last 2 or 3 years he has the experience of captaining New Zealand. Look, we just didn’t play very well tonight (sic), and obviously, one guy [Jos Buttler] played extremely well, so that’s the way the T20 game goes sometimes,” said Bayliss.

There is no doubt that Warner should be back in SRH’s playing XI as he is one of their best batsmen. SRH will next play against defending champions Mumbai Indians at the Arun Jaitley Stadium, Delhi on 4th of May.