IPL 2021: It’s about continuing the momentum from the first phase – Devdutt Padikkal 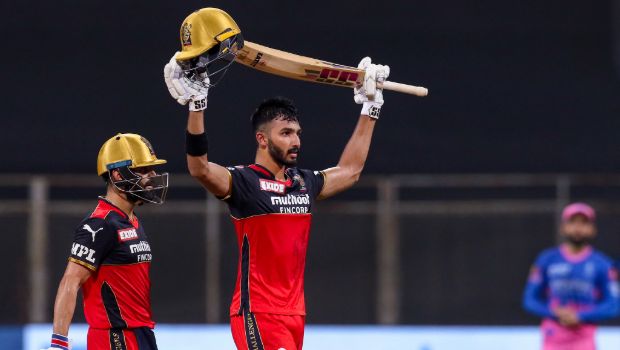 Royal Challengers Bangalore opening batsman Devdutt Padikkal feels it is imperative for the franchise to continue the momentum from the first phase of the Indian Premier League 2021.

RCB were placed in the top half of the points table at third place with five wins from their seven matches.

Thus, RCB had got off to a good start in the first leg of the IPL and they have a good chance to qualify for the playoff stages. RCB was coming up with collective efforts in the first phase of the IPL as the likes of Glenn Maxwell and AB de Villiers were at their best with the bat.

Furthermore, Padikkal had also scored his maiden IPL hundred when he completed his century off just 51 balls against Rajasthan Royals in Mumbai.

“It’s almost felt like we are continuing the tournament again. It doesn’t feel like that we have had a long break because we have had enough cricket in between as well. It does not feel like a huge break. So, it’s just about continuing with the momentum we had in the first phase of the season,” said Padikkal in a video interview posted by the franchise on their Twitter account.

The batsman from Karnataka admitted that he wasn’t expecting himself to score a hundred but grew in confidence after he got off to a good start and everything started falling right for him.

“I never expected myself to do that at that point. Although I did believe that I can get those runs and get those fifties, sixties, I hadn’t pictured myself into getting that hundred. To do that in that game and just that everything fell in place. Once I got going, I just knew this was the day that I had to make it big and that’s very important to do that. Like, those days don’t come around often. Once you have that moment, just grasp it and I felt that I did well that day.”

Padikkal, who has impressed with his timing in the young career, revealed the conversation he had with RCB skipper Virat Kohli before scoring his hundred. The left-hander stated that he told Kohli to go for the target and not bother about his century but the RCB captain wanted Padikkal to achieve the three-digit mark.

“The thing was, he (Virat Kohli) was going well at that point. We were very close to the target. I told him ‘I think you should just go for it,’ because at that moment he told me that ‘these moments don’t come around often. This is your first one. You should go for it.’ That was great of him. But, yeah, I was just thinking of the team at that point and I was like, ‘Let’s just win it as fast as possible because of the net run rate and all that.’ So, I was just thinking in that sense.”

RCB will resume their IPL 2021 campaign against Kolkata Knight Riders on September 20 at Abu Dhabi.