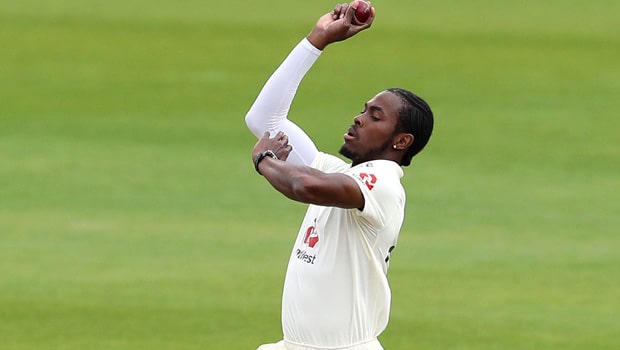 Former Indian opener Aakash Chopra believes the absence of gun fast bowler Jofra Archer will weaken the bowling attack of Rajasthan Royals. Archer suffered a freakish injury as he hurt his finger after a fishbowl felled at his place during the India series.

In the absence of Archer, bowlers like Chris Morris and Mustafizur Rahman will need to step up for Rajasthan Royals. The franchise has inexperienced Indian bowlers like Kartik Tyagi and Jaydev Unadkat, who haven’t had a great run in the IPL.

“Jofra has got a strange injury that he had a fishbowl in the room which fell and he got hurt but that has become a very serious issue. If Jofra is not there in their bowling and we don’t know about Morris’ fitness, you will play one out of Mustafizur Rahman or Andrew Tye, the bowling is weak,” said Chopra while talking on his YouTube Channel.

Chopra added that Rajasthan Royals’ bowling looks weak on paper and they will need to come up with a better performance in the upcoming season.

“Let’s be honest, the bowling might have Jaydev Unadkat, Shreyas Gopal, Kartik Tyagi or Rahul Tewatia, it is a weak bowling lineup. You need the bowling to consistently do well. Last time also we saw Jofra giving 6.5 runs per over while the rest of the fast bowlers were giving 11.5. He is brilliant but if he is twice as good, it means the rest of the bowling looks very ordinary,” added Chopra.

Chopra feels Rajasthan Royals’ biggest Achilles Heel is their overdependence on the foreign players. RR has relied heavily on Jos Buttler, Ben Stokes, Jofra Archer, and their Indian players have failed to grab their opportunities.

“Their biggest weakness is overdependence on the overseas players. They have let Robin Uthappa go as well and have not taken some other good Indian batsman, Shivam Dube is a fantastic buy but you have not taken a top-order batsman,” said Chopra.

Rajasthan Royals had finished the previous season as the wooden spooners as they could only win six matches out of the 14 games in the league stage.