IPL 2021: Just want to keep performing each and every match – Ruturaj Gaikwad 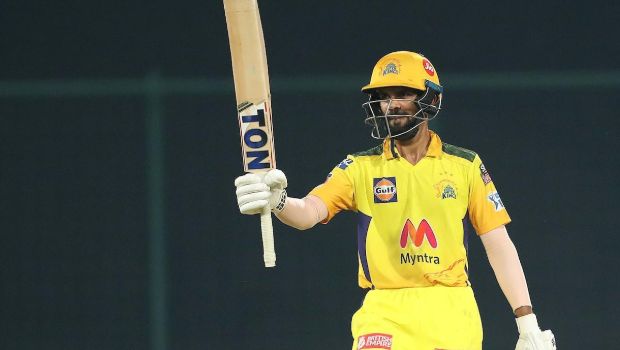 Chennai Super Kings opener Ruturaj Gaikwad wants to keep his good form going and stated that he wants to keep performing each and every match after scoring a brilliant knock against Sunrisers Hyderabad at the Arun Jaitley Stadium on Wednesday.

The right-hander scored a fine knock of 75 runs off just 44 balls with the help of dozen fours.

Gaikwad timed the ball to perfection, which is his forte and did a fine job for the team. The right-hander from Maharashtra added 129 runs with Faf du Plessis and laid the foundation for the run-chase of 172 runs.

Meanwhile, Gaikwad didn’t have a great start to the season as he struggled in the first three matches. However, the 24-year old has been able to turn the tables in the last three matches as he has scored consistently. Gaikwad had got back into form after scoring a fifty against KKR and since then he hasn’t looked.

CSK had backed Gaikwad when he wasn’t delivering for the team and he has justified his selection. The right-hander must have gained a lot of confidence after his fine performance against SRH. Gaikwad had scored 204 runs in the six matches of the previous season at an average of 51 and he is once again looking good in this season.

The youngster was awarded the Player of the match for his fine performance and said in the post-match presentation, “Means a lot (his highest IPL score). Little bit disappointed that I couldn’t finish it well. Think it was a little bit two paced, a little bit low bounce. Scoring big shots was difficult. It was all about how you hit gaps and hit over the fielders. Just planned who is the better bowler on this surface, who is not. One or two bowlers had a bit of an off day, cashed in on them. Just want to keep performing each and every match”.

CSK have once again gone at the top of the points table as they have won five matches out of the six they have played. The MS Dhoni-led team will next face Mumbai Indians on 1st May at the same venue in Delhi.