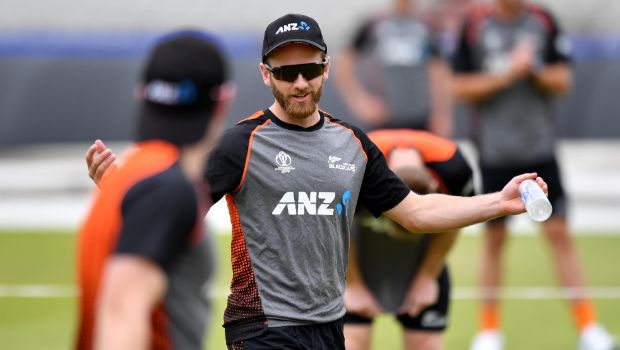 Sunrisers Hyderabad decided to leave Kane Williamson out of their final XI in their opening match against Kolkata Knight Riders at the MA Chidambaram Stadium, Chennai on Sunday, which surprised a lot of cricket boffins as the New Zealander is a crucial part of SRH’s middle order.

However, SRH head coach Trevor Bayliss has revealed that Kane missed out in the opening game as he needs extra time to get match fit. Bayliss also stated Williamson would have played ahead of Jonny Bairstow if he was match-ready. However, Bairstow was in sublime form in the ODI series against India and had top-scored with 219 runs in the three matches.

Williamson was last seen in action in the T20I series against Australia, which was played at the beginning of March. New Zealand skipper recently completed his quarantine and he is recuperating from a small tear in his left elbow tendon.

“We just felt that Kane needed a little bit of extra time to get match fit and a little bit more time in the nets. He would have played in place of Jonny Bairstow obviously if that had occurred. But we aren’t too perturbed about that, Jonny has been in form recently in white-ball cricket here in India. Kane will obviously come into calculations as the tournament unfolds,” claimed Bayliss in the post-match press conference.

Meanwhile, Sunrisers Hyderabad has a bleak middle-order and the presence of Kane Williamson is crucial for the team. Williamson has all the experience under his belt and he will aim to deliver the goods for the Orange Army once he fully recovers from injury.

Williamson had a decent previous season for Sunrisers Hyderabad as he scored 317 runs in 11 innings at an average of 45.28 and a strike rate of 133.75. Thus, the flamboyant batsman will aim to replicate the same kind of performance.

On the other hand, David Warner and Rashid Khan are the automatic overseas picks for SRH and it would be interesting to note how the team will rotate players like Kane Williamson, Jonny Bairstow, Jason Roy, Jason Holder, and Mohammed Nabi.

SRH will play their next match against Royal Challengers Bangalore at the same venue of MA Chidambaram Stadium, Chennai on 14th April.