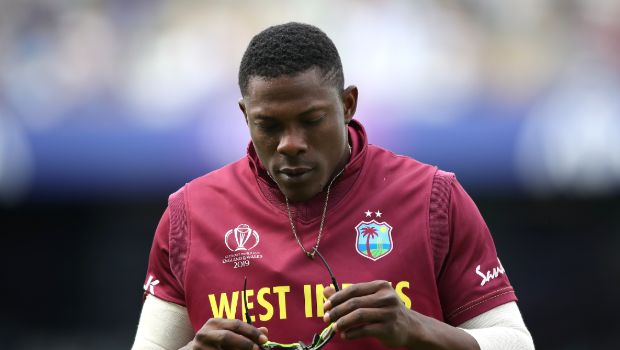 Former Indian opener Aakash Chopra has stated that Kings XI Punjab should leave out Sheldon Cottrell and Glenn Maxwell in the next season of the Indian Premier League.

Both Cottrell and Maxwell were roped in for a whopping amount of INR 8.50 and 10.75 crores respectively but they failed to deliver the goods for their team.

Cottrell played in the first half of the league stage but couldn’t get going. The left-arm pacer scalped six wickets in as many games at an average of 29.33 and economy rate of 8.80. Cottrell had also conceded 30 runs in an over against Rahul Tewatia, which cost Punjab the game.

On the other hand, there were huge expectations from Glenn Maxwell, as he had shown good form before the IPL. However, the talisman failed to live up to them and couldn’t get going throughout the tournament. In fact, Maxwell received a lot of opportunities but he wasn’t able to grab them.

The right-hander scored 108 runs in 11 innings at a paltry average of 15.34 and a mundane strike rate of 102.9. Thus, Maxwell failed to achieve any kind of impetus in the tourney.

Chopra feels Kings XI Punjab will need to strengthen their pace bowling battery in the mega auctions as Mohammed Shami was the lone warrior.

“Kings XI Punjab have a reasonable need for a mega auction because they need changes. They have to do something for the fast bowling unit because it will not work out with the ones they have,” Chopra said while reviewing Kings XI Punjab’s 2020 season on his Facebook page.

Kings XI Punjab will need to pull up their socks in the next season. In fact, the team could have qualified for the playoff stages if they had clinched the crucial matches in the first half of the league stage. Punjab lost six matches out of their first seven and it was always going to be an uphill task from there.

However, Punjab showed great character as they won five matches on the trot to keep their playoff hopes alive but it wasn’t enough in the end.