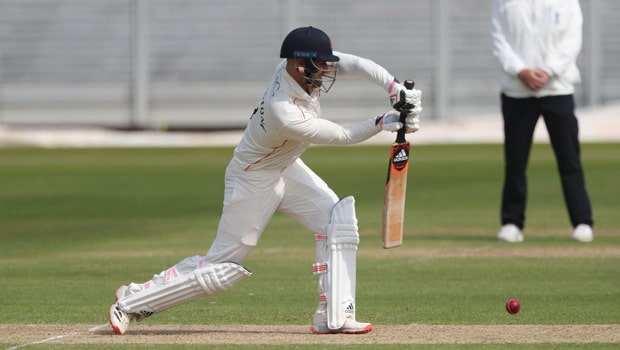 Rajasthan Royals announced via their social media platforms that England cricketer Liam Livingstone has decided to return home to England.

They announced this news on their Twitter account on Tuesday, stating that Livingstone had flown back after their game against Chennai Super Kings on April 19 because of extended bio-bubble exposure and fatigue. The franchise stated that they respect his decision and continue to support him during these tough times.

“Liam Livingstone has flown back home late last night, due to bubble fatigue accumulated over the past year. We understand and respect his decision, and will continue supporting him in any way we can,” the tweet from the Royals read.

Cricketers have been forced to play in secure bio-bubbles ever since the sport resumed after the Coronavirus outbreak in early March last year. Several cricketers, over the last few months, have actively voiced their opinions on the difficulties of living in isolated bio-bubbles and the mental fatigue it causes. Acknowledging the difficulties, England Cricket Board used an active policy of player rotation and management in order to lighten the bio-bubble exposure on players and keep them fresh.

Liam Livingstone has been in bio-bubbles for a while now. He was included in England’s limited-overs squad against India. Despite spending most of the time on the bench, Livingstone did score 63 runs and even picked up two wickets during the two ODIs he played here.

Harsha Bhogle took to Twitter to empathise with Liam Livingstone’s situation. He quoted Rajasthan Royals’ tweet and said, “Bubble fatigue is real. I can vouch for it.”

Rajasthan Royals had acquired the services of Livingstone during the IPL 2021 Auction. The franchise had purchased his signature for his base price of INR 75 Lakhs. However, Livingstone hadn’t featured in any IPL 2021 match so far under new captain Sanju Samson.

Liam Livingstone’s departure means Rajasthan Royals are missing the services of three England cricketers this season. Jofra Archer underwent surgery on his finger just after the series against India and is still uncertain to feature in this year’s IPL. Archer had won the Man of the Tournament Award in IPL 2020.

Rajasthan Royals also had to deal with the loss of England all-rounder Ben Stokes who injured his finger in the first match of this season. The franchise are yet to announced their replacement for Ben Stokes and now, they will also have to find a replacement for Liam Livingstone.