IPL 2021: Looking forward to the IPL, preparing hard for it – Harbhajan Singh 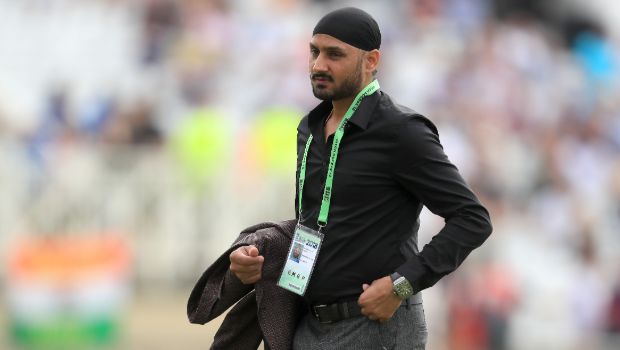 India’s veteran spinner Harbhajan Singh has stated that he is preparing hard for the upcoming season of the Indian Premier League and he is looking forward to the tournament.

The experienced off-spinner was released ahead of the IPL auction by Chennai Super Kings. Harbhajan, who has all the experience under his belt, has set his base price at INR 2 crores.

The Turbanator had missed the previous season of the IPL due to personal reasons amid the pandemic. The off-spinner played 24 matches for CSK in which he scalped 23 wickets at an average of 25.30 with the best of 3/20. Singh didn’t have a great season in 2018 as he scalped seven wickets in the 13 matches he played.

However, the experienced campaigner was able to turn the tables in the 2019 edition as he snared 16 wickets in 11 IPL matches and played an instrumental role in taking the franchise to the final of the tournament.

Overall, the off-spinner from Punjab has scalped a total of 150 wickets in the 160 IPL matches he has played at an average of 26.45. Before representing Chennai Super Kings, Harbhajan played for Mumbai Indians for 10 years in the IPL.

Harbhajan, 40, feels there is still a lot of fuel left in his tank and he will look to have a good season in the upcoming season.

Harbhajan said while talking to Cricbuzz, “There is a lot of cricket left in me, very much. Fitness-wise, I am quite fit, I worked hard on my fitness during the lockdown. Unfortunately, I could not do anything (participate in the IPL). I am looking forward to being in the park again and doing what I can do best.”

“I am looking forward to the IPL, I am preparing hard for it. Even last year, I was keen on playing, but because of the pandemic, I could not. I needed to be around my family. At that stage, I thought skipping IPL was the right decision.”

Harbhajan Singh is among 11 players who have listed themselves at the highest base price of INR 2 crore for the IPL 2021 auction. The other 10 players are Glenn Maxwell, Steven Smith, Shakib Al Hasan, Kedar Jadhav, Moeen Ali, Sam Billings, Liam Plunkett, Jason Roy, Mark Wood, and Colin Ingram.